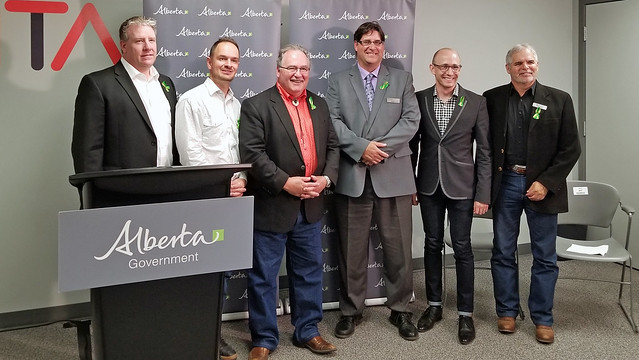 The Government of Alberta is launching consultations with Albertans and key stakeholder groups on three proposed initiatives:

“Safety on Alberta roads is a top priority and a commitment of our government. We have laid the groundwork for changes that will enhance safety and improve services for Albertans. Now we need to hear from Albertans and stakeholders about the best approach.”

“We need to ensure that Alberta’s driver examination model is safe, transparent and secure. And registry agents play a vital role in this system. They provide frontline services and jobs throughout the province. That’s why we need to consult and work with them on these proposed changes to ensure that Albertans can continue to access these services.”

“The Alberta Motor Transport Association puts safety above all when it comes to the transportation industry. We believe minimum standard training is required for both new and existing commercial drivers and carriers to operate on Alberta’s roadways. We look forward to working with government to develop standard training in the transportation industry.”

“The Association of Alberta Registry Agents supports the Government of Alberta in making improvements to the current model through improved training and testing, combined with enhanced monitoring, evaluation and enforcement, so drivers are well-qualified and all Albertans are safe on our roads.”

“The Alberta Motor Association is proud to support the consultation on these important traffic safety issues. Our association is focused on building lifelong safe drivers and, whether you’re taking your first road test or seeking a career in transport, today’s announcement will help ensure improved safety on Alberta roads.”

Specifics of the initiatives being considered:

Alberta is planning modifications to the road test model for all classes of drivers, including the possibility of restoring driver examiners as government employees. These changes come in the wake of a 2016 independent report which identified issues in the industry, such as inconsistent road test fees, poor service and improprieties, including criminal activity in some cases.

Alberta road test fees are the highest in Canada and government will be seeking feedback on this as well.

The province will conduct consultations throughout July 2018 to consider these three initiatives.