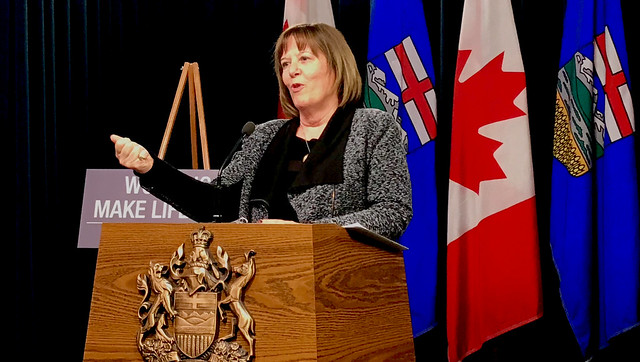 If passed, An Act to Secure Alberta’s Electricity Future would better protect consumers by empowering the Alberta Utilities Commission (AUC) to penalize electricity and natural gas service providers for breaches of customer service, such as sending out late bills or overcharging consumers.

Currently in Alberta, the only tool available to hold companies to account is a formal hearing process, which can be lengthy and costly. This legislation would allow the AUC to issue penalties, similar to a traffic ticket, to ensure all service providers are following the rules.

“This is about having the backs of everyday families. Many consumers are frustrated and have asked us to address their concerns and we’re responding to give them higher quality service from their energy providers.”

The AUC would develop the penalties in consultation with stakeholders and service providers to ensure they are fair.

“As an independent and residential-focused consumer group, we’re encouraged by legislation that’s designed to protect Alberta utility consumers. We’re pleased to see the government views efficient and effective consumer protection as an important part of the public interest.”

If passed, the act would also:

Creating a capacity market for electricity would protect consumers from price volatility and provide a reliable supply of power at stable, affordable prices. Currently, Alberta is one of only two jurisdictions in North America using an energy-only market. In this system, generators are paid for the electricity they produce based solely on the wholesale price of electricity, which fluctuates.

Moving to a capacity market allows for competition, innovation and private investment and was recommended by current and potential energy investors, external experts, consumer groups and the Alberta Electric System Operator (AESO), which oversees the province’s electricity in the interest of the public.