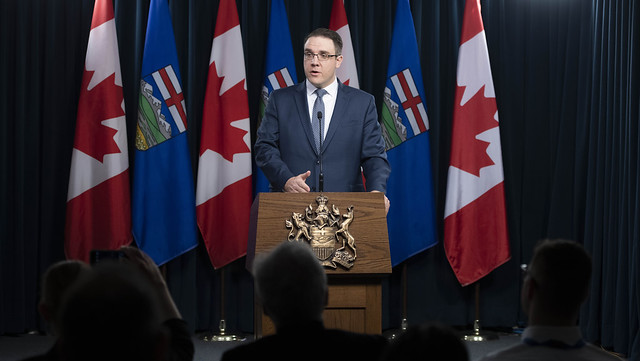 This fall, an ambitious legislative agenda and a budget built for the times helped government meet more campaign promises to get Albertans back to work, renew our economy and make life better for all Albertans.

“We're only 12 per cent of the way into our four year mandate, but we have already delivered on 43 per cent of our commitments. We scrapped the carbon tax. We passed the Job Creation Tax Cut. We are cutting red tape and unnecessary regulations. We created the Indigenous Opportunities Corporation to ensure our First People are real partners in prosperity. Promises made, promises kept. We are just getting started, and we won’t stop until Alberta is once again the engine of prosperity in Canada.”

The eight-week fall session saw new legislation to cut red tape, restore balance and fairness to workplace laws for Alberta’s farms and ranches, better protect people at risk of domestic abuse, and put the costs of reducing emissions on large industrial emitters instead of families. In total, 16 government bills were passed.

With input from the MacKinnon Panel, Budget 2019 takes bold action to get Albertans back to work while stopping the reckless dive into debt. A moderate 2.8 per cent spending reduction is paired with maintained or increased funding for health, education, children and seniors, so resources go where they’re needed most.

“We’re moving at full tilt to implement a robust legislative agenda on behalf of Albertans, taking action on the economy, environmental protection, public lands, rural crime, and many other issues. I’m pleased to note that we passed a remarkable 16 government bills over the fall sitting and we continue to push hard to fulfill our ambitious blueprint for change.”

The 94 promises kept through late summer and the fall session are on top of the 68 promises kept during this government’s first 100 days. Government made 375 platform commitments during the 2019 election campaign.

Legislation passed during the session delivered on a number of government commitments to Albertans. Some highlights include:

With Budget 2019, government delivered on its mandate to bring spending under control while protecting core services. Some key promises kept include:

Additional budget highlights are available on the Alberta government website.

Since taking office, government has met 162 of its commitments to Albertans. See the details of those commitments here.