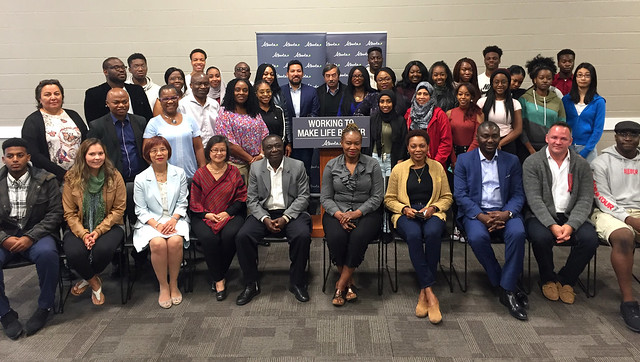 The grants are to help communities combat racial discrimination, foster acceptance and promote diversity and inclusion.

Announced as part of Alberta’s Taking Action Against Racism report, the new $2-million Anti-Racism Community Grant Program supports initiatives that raise awareness and understanding of racism and its impact on Albertans. The program is open to eligible non-profit organizations, First Nations or Métis Settlements and post-secondary institutions and is meant to foster cultural awareness and cross-cultural understanding in communities across the province.

“One of Alberta’s greatest strengths is its diversity, and our government is committed to making life better for all Albertans by working to combat racism. Across Alberta, many community organizations are doing great work in taking action against racism and we want to help them do more. With the Anti-Racism Community Grant, non-profit organizations can focus on educating, informing and engaging community members to take action against racism in a way that works for their communities.”

The grant will be divided into two streams: a general community stream and a stream directed at supporting anti-racism projects and initiatives that affect Alberta’s First Nations, Métis and Inuit peoples.

“Without understanding, reconciliation is impossible. This funding will help First Nations, Metis Settlements and frontline organizations combat the harmful legacies of racism against Indigenous people in Alberta. As we work together to dismantle fears and misunderstanding, we’re building a better future for everyone in Alberta.”

Applications for the Anti-Racism Community Grant can be downloaded at alberta.ca/anti-racism-community-grant-program.aspx. The first application deadline is Aug. 1.

As indicated in the Taking Action Against Racism report, over the coming months, government will further engage on a number of additional items to combat racism, foster acceptance and promote diversity and inclusion. Proposed action items include creating a Provincial Hate Crimes Unit, updating curriculum to include materials focused on fighting racism and making it easier for Albertans to have access to anti-racism resources.