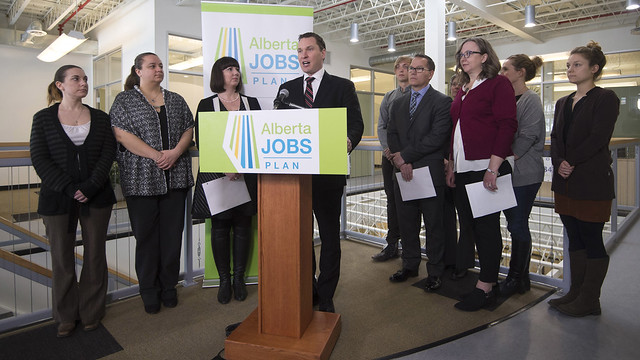 Alberta Women Entrepreneurs (AWE) will receive $101,863 in funding through the CARES program for PeerSpark – a program that brings together like-minded women entrepreneurs to explore opportunities for accelerated business growth in a peer group setting. With programs starting in April and November of this year, PeerSpark will encourage leadership and business skill development while introducing participants to key resources, networks, grant programs and trade experts.

AWE’s PeerSpark program has shown tremendous potential for business and community success with graduates reporting average year-over-year revenue growth of approximately 20 per cent and an average of one to two new jobs created, with some businesses doubling in size within two years.

According to a 2014 ATB Financial report, approximately 38 per cent of small- and medium-sized enterprises in Alberta are owned or run by women.

“Entrepreneurs are people who see opportunity where others might only see challenges. They put a lot on the line to start their own business and bring their new products and new ideas to market. We know small businesses with this kind of support see a much higher growth rate than the national average, strengthening our economy – and making life better for Albertans. In short, when women in business do well, Alberta does well."

AWE is a not-for-profit organization that connects women entrepreneurs with training programs, services, capital and mentorship at all stages of business development.

“We believe our communities are strongest when women are full participants in entrepreneurship. It is exciting that women have become significant contributors to the economy by not only closing, but surpassing the gender gap in entrepreneurship in Alberta. We appreciate the support provided through the CARES grant as we continue to create programs that support women entrepreneurs through the entire life cycle of starting, building and growing a business.”

In the past year, AWE has expanded its programs to better serve their high-growth potential clients such as those in the technology sector.

The AWE “Grow to Greatness Excelerator Program” won the Incubator/Accelerator of the Year award for the Prairie Region at last years’ Start-up Canada Awards.

The CARES program evaluated 88 applications from regions and communities for the first intake. In addition to the AWE funding, approximately $175,000 has been announced for three projects in the Grande Prairie area. These projects are among many throughout the province planned to receive support through the first intake of the CARES program. Successful projects in other regions will be announced at a later date.

The second intake will run from April 1, 2017 to May 31, 2017. Eligibility criteria and more information on how to apply are available on the program web page. The CARES program is just one example of how the Government of Alberta is making the lives of Albertans better leading into Budget 2017.