At 11:42 p.m. on Dec. 21, the Calgary Police Service received a 911 call about a man with a sword in a parkade on Varsity Estates Circle NW. Officers arrived on scene at 11:49 p.m. and located the man, who still had the sword.

The man then moved into a mechanical room and barricaded himself inside. Police officers spoke to the man and, after some time, deployed a pepper spray fogger into the mechanical room.

The man eventually exited the room, holding the sword, and a confrontation between the man and officers occurred at 1:55 a.m. Multiple officers discharged less-lethal baton launchers at the man. One officer discharged his firearm, striking the man and causing him to fall to the ground.

A police service dog moved the man away from the sword. Officers and a paramedic then provided first aid to the man, and an ambulance took him to hospital with serious injuries.

Investigators located a sword on scene. There was significant damage to the mechanical room where the man had barricaded himself. 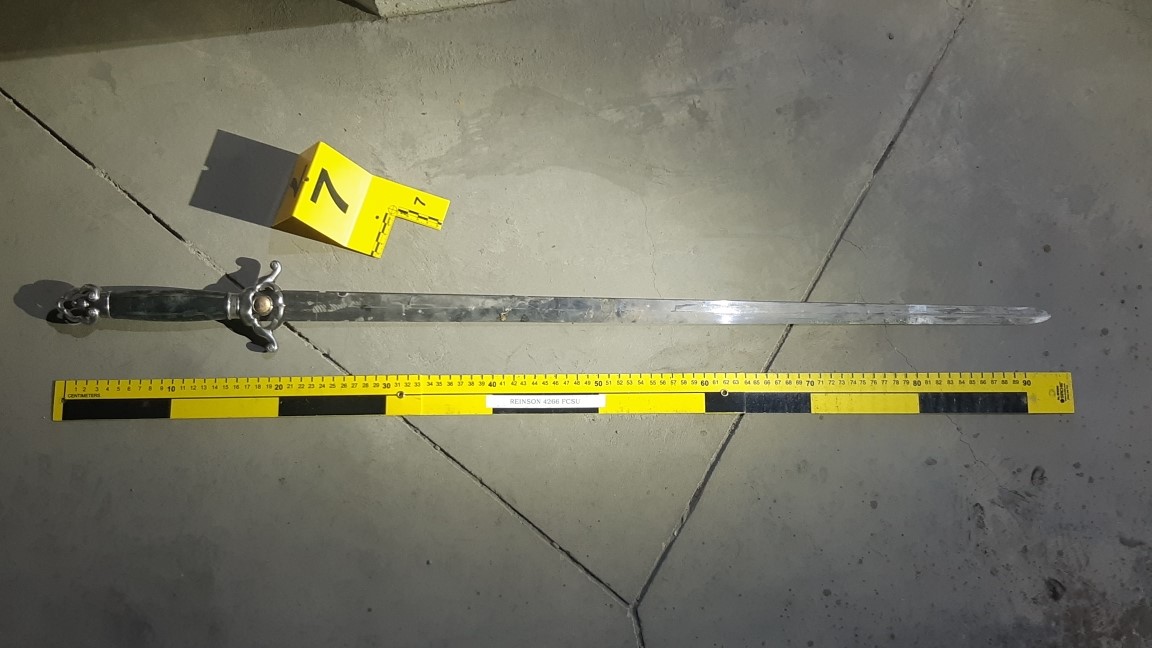 ASIRT’s investigation will examine the uses of force. No additional information will be released.