At 2:41 a.m., CPS received a complaint about a vehicle that was parked outside of a condominium complex in the 500 block of Canyon Meadows Drive SW. The lone occupant of the vehicle was playing music loudly. At 2:46 a.m., an officer arrived at the scene and activated his body-worn camera. As shown on the video, the officer approached the vehicle and its lone male occupant. The officer then quickly turned away, and the sound of a single shot came from the vehicle.

The officer moved behind his police vehicle and discharged his firearm in the direction of the male. Additional shots were exchanged between the officer and the vehicle. The male then exited the vehicle and left the area on foot. 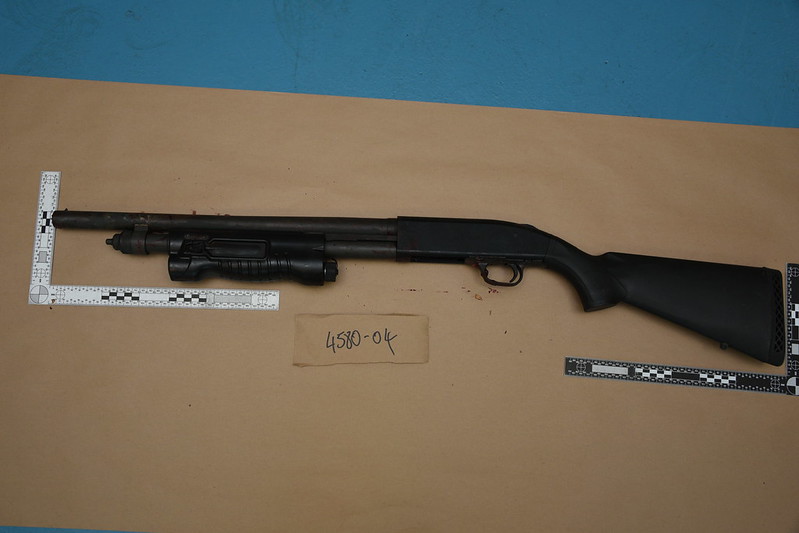 Shotgun located underneath the male