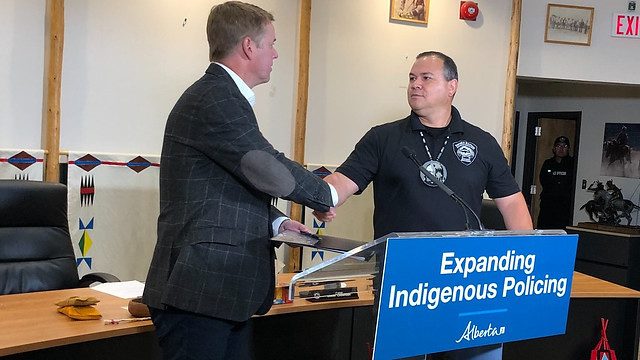 In the coming months, Siksika Nation and Alberta’s government will work together to demand a clear operational timeline and negotiate a transition agreement with the Government of Canada.

“The recent tragic events in Saskatchewan have underscored the importance of First Nations policing. Every individual has the inherent right to safety and security, and establishing a Siksika- administered police force will help secure this right. This announcement is a huge step forward toward obtaining a Siksika-administered police force. Siksika has also established a bylaw prosecutor and we are developing a prosecutor office, which to my knowledge is the first of its kind in Canada. Siksika police and prosecutor services are foundational building blocks for a safe Siksika. It’s these kinds of partnerships that make me proud to represent Siksika and call myself an Albertan and a Canadian.”