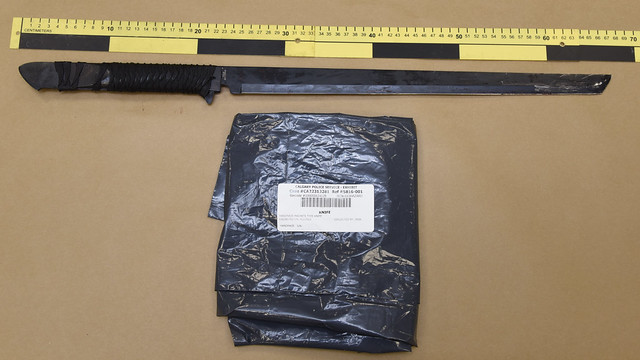 After verbal efforts to disarm the male proved unsuccessful, an interaction occurred during which several officers discharged non-lethal weapons. The male was apprehended shortly after with the use of the Calgary Police K-9 Unit. Emergency Medical Services attended to provide assistance, and transported the suspect to a Calgary-area hospital for treatment. The male sustained significant injury during his arrest.

In addition to the large, edged weapon recovered from the scene, police also recovered accelerants believed to have been used to set the fires.