At approximately 11:16 p.m. on March 12, Edmonton Police Service (EPS) received a call about the location of a man who was wanted on multiple warrants. Officers went to a residence in the area of 109 Street and 53 Avenue and conducted surveillance. After some time, officers observed the man enter a vehicle with two females. The man then drove to the area of 105 Street and 38 Avenue and parked the vehicle. The two females exited the vehicle and left the area.

The man then exited the vehicle and tactical unit and K-9 unit officers moved in to arrest him. The man returned to his vehicle and a confrontation occurred at 3:42 a.m. Two officers discharged their firearms, striking the man. Tactical emergency medical support medics provided first aid to the man. Their efforts were unsuccessful and the man was pronounced dead on scene.

A weapon was located in the vehicle. 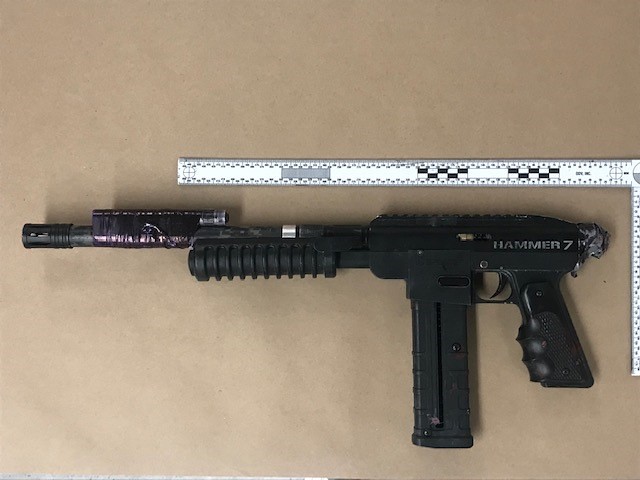 Weapon located in the vehicle.

As part of its ongoing investigation, ASIRT is continuing efforts to identify the two females or people who may have witnessed aspects of the confrontation between the man and police. ASIRT is asking anyone who may have information to contact investigators at 403-592-4306.