At 1:40 p.m., Calgary Police responded to a report of a man with a handgun on a westbound LRT train leaving the Westbrook Station. Police had Calgary Transit hold the LRT train at the Sirocco Station, having been unable to hold it at the 45 Street SW Station. Police set containment on the Sirocco Station and began the process of taking riders off the train. The man remained on the train while all other riders were removed, but witnesses confirmed that the man appeared to be passed out in the second of three train cars, with the handgun resting on his lap. Once the train had been evacuated, police unsuccessfully attempted over the course of the next several hours to wake the man with the use of a loudspeaker.

At 4:26 p.m., the man left the train on his own, carrying what appeared to be a handgun in his left hand. Upon exiting, the man began to walk eastward down the platform while placing the handgun in his front waistband. As the man proceeded, a confrontation occurred with police, during which one member of the CPS discharged two rounds from his service firearm. Both shots struck the man, who fell to the ground.

The man received emergency medical care on scene before being transported to Foothills hospital, where he was admitted in critical condition, suffering from two gunshot wounds.

What was determined to be a replica handgun was recovered from the incident scene and has been seized as an exhibit. The man’s condition has since been upgraded to serious; however, he remains in hospital. 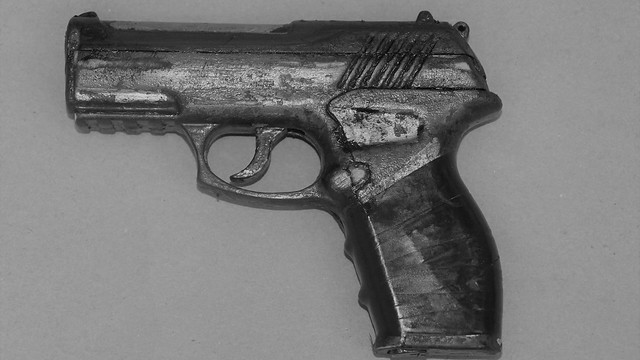 ASIRT investigators are asking anyone who witnessed or has video of the man on the train to please call 403-592-4306. The man boarded at the City Hall Station at 12:16 p.m. on July 7, travelling westbound toward the 69 Street Station.