At about 4 p.m., the Calgary Police Service (CPS) responded to a third-floor room at the Nuvo Hotel, located at 827 12 Avenue SW, in response to a call placed by a woman who sounded distressed, was threatening self-harm and stated that she had a gun.

As police approached the room and attempted to speak with whomever might be inside, a woman appeared in the doorway. The woman then turned and went back into the room. Immediately thereafter, she returned and appeared again in the doorway. Footage from body-worn cameras confirm that when she returned, she was armed with what appeared to be a black handgun.

Further details regarding what the woman may have done with the handgun or what occurred thereafter are being withheld pending additional possible interviews; however, shortly thereafter, two officers discharged their service pistols. The woman was struck and fell back into the room.

CPS Tactical members entered the room and found the woman lying on the floor. It was determined she was deceased. A replica handgun pellet pistol was recovered nearby. 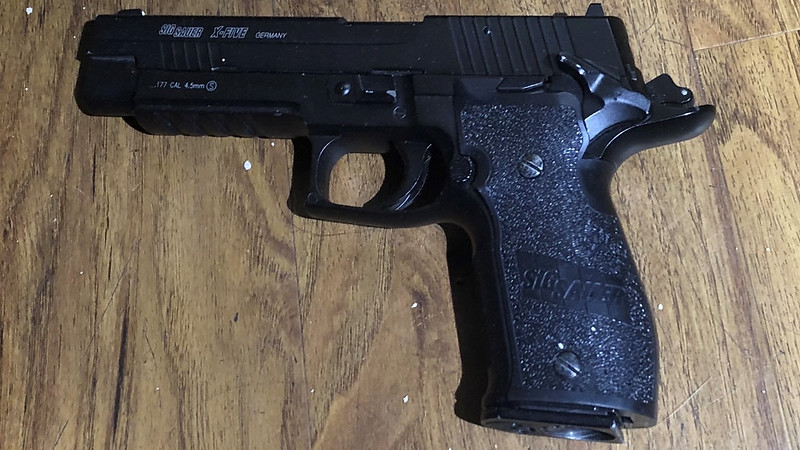