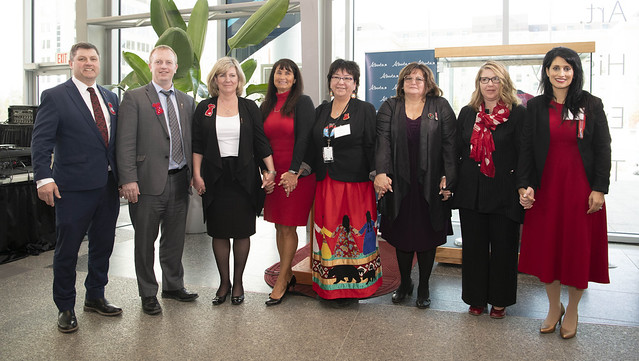 “I am confident the individuals appointed to the Alberta Joint Working Group on Missing and Murdered Indigenous Women and Girls will be guided by experience and humanity, and will make thoughtful and wise recommendations. We said Alberta would respond to the calls for justice and we are. We are moving forward to make our province a safe place for Indigenous women and girls.”

The Alberta government has appointed three Indigenous community members and three members of the legislative assembly to inform a government action plan that responds to the calls for justice of the National Inquiry on Missing and Murdered Indigenous Women and Girls.

The joint working group will support the government’s actions by:

The joint working group has a one-year mandate, which may be extended.

Lisa Higgerty is a member and co-chair of the Métis Women’s Council on Economic Security. Her career advocating for the victims of sexual abuse began 15 years ago and has resulted in the Mamowichihitowin Community Wellness Program, an innovative holistic program in rural Alberta unique to Canada. She has since expanded the mandate of the program to cover all types of domestic violence in west-central Alberta.

Rachelle Venne is the CEO of the Institute for the Advancement of Aboriginal Women and has experience in the non-profit, corporate and government sectors. She was a member of End Poverty Edmonton’s Aboriginal Roundtable and Implementation Road Map Team and was one of six Canadian NGO delegates selected to attend the UN Commission on the Status of Women in 2017.

Josie Nepinak is the executive director of Awo Taan Healing Lodge Society, the only Indigenous urban women’s shelter in Alberta, and has a strong background supporting Indigenous women and families dealing with family violence and facing complex social issues.

A member from the First Nations Women’s Council on Economic Security will be announced shortly.

Whitney Issik is the MLA for Calgary-Glenmore. She serves on the Standing Committee on Privileges and Elections, Standing Orders and Printing and on the Standing Committee on Alberta’s Economic Future. Prior to serving with the legislative assembly, she owned and operated a small business in Calgary for almost 30 years. She has also worked in the telecommunications and energy industries.