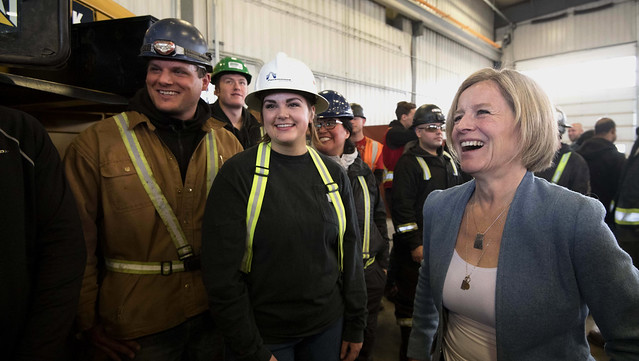 “As we fight to get top dollar for the resources owned by all Albertans, Nauticol’s major investment in the Peace region means thousands of good jobs and more upgrading of our raw resources into the products the world needs right here at home. By seizing these opportunities today, we’re making sure our kids and grandkids have new opportunities in a stronger, more diversified energy sector.”

“There’s unlimited potential here in Peace Country to build on our traditional strengths in oil and gas. One year ago, we highlighted the great potential this region has for value-added upgrading, and today our Made-in-Alberta plan is getting results, creating jobs around Grande Prairie and across the province.”

The development of the project will be phased to include three identical methanol units, each capable of producing one-million metric tonnes of methanol per year. The province will support phase one with up to $80 million in future royalty credits as part of the Made-in-Alberta energy strategy. Construction of the first phase is expected to begin in 2020, with a commercial operational date set for 2022.

Methanol is a building block of countless everyday consumer and industrial products such as paints, plastics, electronics, shoes and furniture and is used widely in energy applications such as biodiesel and fuel blending, and as an alternate fuel.