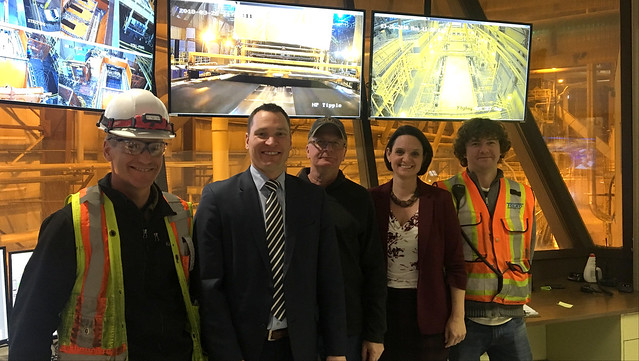 More Albertans are working and job opportunities are growing, with more than 58,900 jobs created in the past year. Alberta continues to have the highest employment rate in the country and the highest weekly earnings, while paying the lowest taxes in Canada. On average, Albertans pay $11 billion less in taxes a year compared to the next lowest-taxed jurisdiction.

“In 2018, we saw the recovery in Alberta’s economy become more entrenched. Jobs are up and the deficit has dropped. While we have seen our fair share of challenges, our government remains on track to balance the budget as planned in 2023. We will continue to act on behalf of Albertans to ensure our economy remains strong.”

Alberta’s economy also continued to diversify this year with food and chemical manufacturing being strong contributors to the economy. Recent expansions saw food manufacturing shipments grow to record levels in 2018, with payroll employment in this sector expanding more than nine per cent this year. Chemical manufacturing also saw solid growth with real GDP growing to nearly eight per cent per year since 2014.

This strong growth in food and chemical manufacturing, along with gains in other categories like machinery, metals and non-metallic minerals, pushed non-energy exports to a new record high in October, and up 12 per cent overall in 2018.

“Alberta’s economy is creating good jobs across sectors and we’ve seen new opportunities for entrepreneurs, growth in our tech sector and attractive investment opportunities in our petrochemical industries. We’ll continue to support diversification through targeted investments that support businesses and communities across the province.”

Alberta’s tax credit programs continue to support growth across sectors. The Alberta Investor Tax Credit program has helped foster a more diversified economy by encouraging investments in non-traditional sectors. More than $28 million in tax credits have been approved to date, supporting more than 200 businesses and $94 million in investments. Overall, the Alberta Investor Tax Credit program is expected to create up to 4,000 jobs over the life of the program. Registration for this program is ongoing.

Likewise, the Capital Investment Tax Credit program has seen significant uptake. Tax credits from the first three rounds are expected to support nearly 3,000 direct jobs and more than 12,000 indirect jobs, with companies investing more than $2 billion to build or upgrade their facilities. The next intake will be in January 2019.