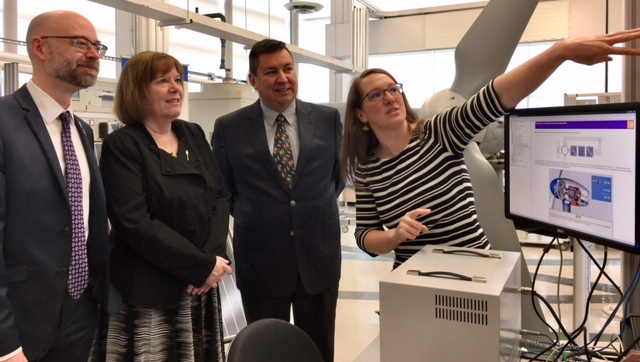 The Alberta Electric System Operator (AESO) has opened the first of a three-stage competitive process, under which bids will be considered to provide a total of 700 megawatts of renewable energy, or enough to power nearly 300,000 homes.

“Alberta is a proud leader in all forms of energy, and our renewables program will continue to create good jobs and help ensure we have a more diversified economy that’s built to last. We expect this highly competitive process to continue attracting investment from Alberta and around the world, creating meaningful partnerships with Indigenous communities and getting Albertans the most renewable power generation for the lowest cost.”

The program is expected to attract approximately $10 billion in new private investment and create about 7,000 jobs for Albertans by 2030. Opportunities are expected in a wide range of fields, including construction, electrical and mechanical engineering, project management, as well as jobs for IT specialists, field technicians, electricians and mechanics.

“I’m very excited and encouraged to see the government’s support for renewable electricity. It can only be good for the alternative energy sector, and will help create new jobs for students like me in this growing industry with enormous potential in Alberta.”

“NAIT plays a critical role in making Alberta one of the world’s leading energy producers. The Alternative Energy Technology program provides the highly skilled graduates needed for our province to diversify and grow in this field. The investments made in alternative energy by the Government of Alberta are advancing our province and will provide meaningful careers for more of our graduates.”

The second round of the program will see private-sector partnerships with Indigenous communities bidding to produce up to 300 megawatts of power. Each bid must include a minimum 25 per cent Indigenous equity ownership component, which can include an ownership stake in the project or land-use agreement between the company and the community. This will help create jobs and economic benefits in Indigenous communities and across Alberta.

“This program is a great opportunity for Indigenous communities to create jobs and play a larger role in developing renewable energy. As a non-profit organization, we’re working to foster relationships between Indigenous communities and industry, and we commend the government for working with us to build these opportunities which will benefit all Albertans.”

The third round will add up to 400 megawatts of renewable electricity and follow the same open competition format as the first round of the program, which saw strong investor confidence that resulted in historic success. Successful projects announced in December 2017 set a record for the lowest renewable electricity pricing in Canada.

Support for the Renewable Electricity Program is made possible by the Climate Leadership Plan and is not funded by consumer electricity charges. As a competition-driven process, it will achieve the most renewable energy development for investment, keeping costs as low as possible while maintaining a reliable and sustainable electricity system.

In total, the program will support the development of 5,000 megawatts of renewable electricity capacity to help Alberta reach its target of having 30 per cent renewable energy by 2030.

AESO, which administers the program, will coordinate the next stages of the competition over the coming months with successful bidders announced by the end of 2018.

For purposes of Round 2, Indigenous is defined as one or a combination of the following: