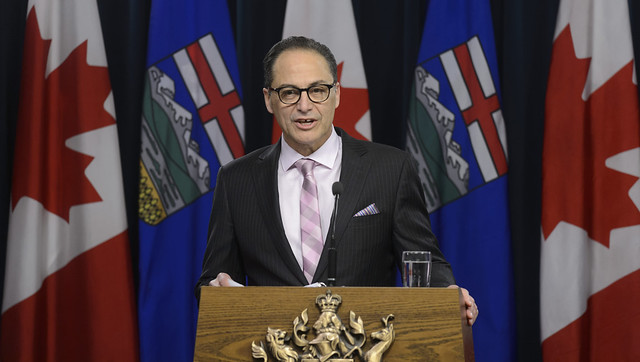 Economic growth continues to exceed expectations with 2017 GDP growth forecasts increasing for the third time and 2018 growth projected to be stronger. Growing exports, a strong rebound in consumer spending and confidence, and improvement in oil prices show a broad-based recovery of Alberta’s economy.

More Albertans are working—nearly 90,000 full-time jobs were added over the last year, driven largely by private-sector growth. The unemployment rate forecast for 2018 has been revised lower to 6.8 per cent, from 7.6 per cent at Budget 2017.

As a result of more Albertans working, housing activity and consumer spending and confidence are up. The manufacturing sector bounced back in part because of the resumption of activity at a beef-packing plant in Balzac and the opening of the Joffre polyethylene plant expansion. Conventional oil and gas investments far exceeded expectations.

“Alberta’s economic growth and broad-based recovery show that we made the right choice in the face of the worst recession in a generation. Our choice to invest in Albertans, build infrastructure and carefully find savings—without firing thousands of teachers and nurses—is paying off. Nearly 90,000 full-time jobs were created over the last year and Alberta’s GDP growth led the country at 4.5 per cent in 2017. Our thoughtful and prudent approach has led to Alberta’s deficit dropping and the economic recovery strengthening. We will continue to work hard to ensure this recovery reaches all Albertans.”

Deficit down at third quarter

The deficit dropped sharply and is now forecast to be $9.1 billion, down $1.4 billion from budget. The drop in the deficit can be attributed to continued efforts to constrain costs and improved revenues, including resource revenue and investment income.

The West Texas Intermediate (WTI) forecast price has been revised to US$54/bbl, and the light-heavy differential is now forecast at US$14.50/bbl for 2017-18. With the end of 2017-18 fiscal year fast approaching, the remaining $250-million risk adjustment has been removed.

Government has taken significant steps to carefully find savings while continuing to support and protect the public services Albertans rely on. These measures include: