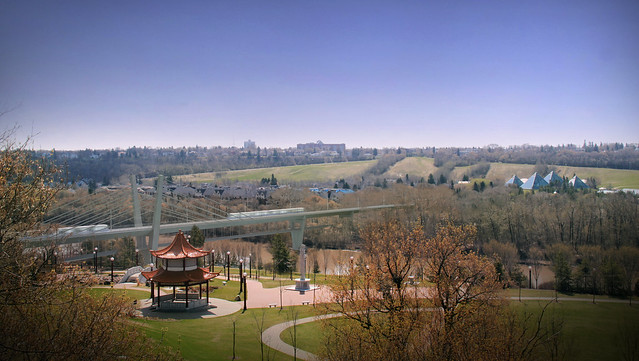 The funding was originally provided to Edmonton in 2014 as an interest-free loan. The province is now converting this loan into a grant, with funds coming from Climate Leadership Plan revenues.

“The Southeast Valley Line LRT is a priority for our government, as it will help to connect Edmonton residents and visitors to essential services, education and jobs. Funding for this project will help to make life better for Albertans by supporting an affordable, accessible and environmentally sustainable transportation option in Alberta’s capital city.”

"Projects like Edmonton’s Valley Line LRT are another way our plan to take action on climate change is making life better for Albertans. Public transportation helps reduce greenhouse gas emissions while protecting our health, environment and economy. This project is expected to reduce GHG emissions by 4,500 metric tonnes each year, equal to taking nearly 1,000 cars off the road."

The southeast leg of the Valley Line will run 13 kilometres between downtown and Mill Woods and will support transit-oriented development along the entire right-of-way, including in the Quarters, Holyrood and Mill Woods neighbourhoods.

"I'm pleased to see the province's continued support and commitment for LRT expansion in our city, which itself is a key part of our greater transit strategy for the Edmonton Metro region. I look forward to working with our funding partners on upcoming projects which will bring even greater transit choice to Edmontonians."

This decision brings the Government of Alberta’s total contribution for the Southeast Valley Line LRT to $600 million, or one-third of the $1.8-billion project cost. The construction of the project is expected to support 17,000 direct and indirect jobs in Alberta and another 1,600 in other parts of Canada. Up to 150 permanent jobs are expected to be supported for the operations and maintenance of the Southeast Valley Line.

“Our organization’s vision is to inspire and influence the evolution of integrated urban mobility. Support for projects like Edmonton’s Valley Line LRT clearly shows that the Government of Alberta and the City of Edmonton share this vision, one where public transit is critical to creating livable, efficient and healthy communities across the city and the province.”

The Government of Alberta will continue working with the City of Edmonton as detailed plans and finances for the city’s full LRT expansion are developed.