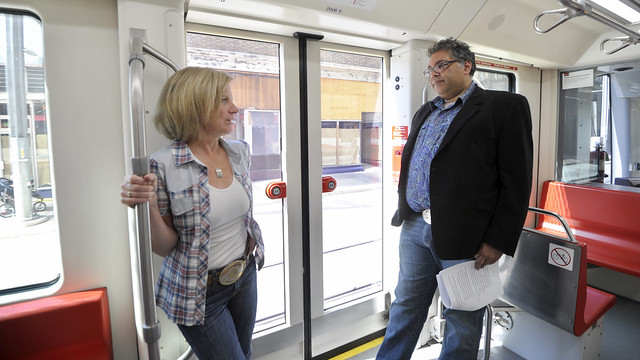 The Calgary Green Line will serve more than 60,000 Calgarians every day by safely and efficiently connecting communities from 16th Avenue North through the downtown core to Shepard in the southeast. Once the Green Line is complete, this investment will mean Calgarians spend less time commuting and more time with their families and loved ones.

“The Green Line project is about connecting Albertans – to work, to recreation and to home to spend time with their loved ones. This important investment will also create much-needed local jobs, support the quality of life in the City of Calgary and help to protect our environment now and in the future.”

In the 10 years leading up to opening day, Stage 1 of Green Line construction is estimated to create more than 12,000 direct  jobs and over 8,000 supporting jobs, such as engineering, planning and administration.

The project will also support new, transit-oriented developments like Quarry Park in the south, where people can live, work and play, and have access to jobs and services across Calgary.

The province will provide one-third of the total project cost, up to $1.53 billion over eight years to support Stage 1. The funds will come from the Climate Leadership Plan.

“Green Line is Calgary’s highest public transit infrastructure priority, a priority that our government is proud to support. The Green Line will help make life better for Calgarians by supporting an affordable, accessible and environmentally sustainable transportation option in the city, connecting residents to essential services, education and jobs.”

“As the largest public infrastructure project in our history, the Green Line will transform our city. This is an investment in quality of life for all Calgarians—an investment that will also create jobs and encourage economic and community development. I’m proud of the work we’ve all done to get here today and I’m thrilled to have the Government of Alberta on board.”

"Today’s funding announcement is monumental. Stage 1 of the Green Line will reduce congestion and pollution while transforming how Calgarians live, work and play. All three orders of government should be commended on how they’ve worked together to turn this project into a reality."