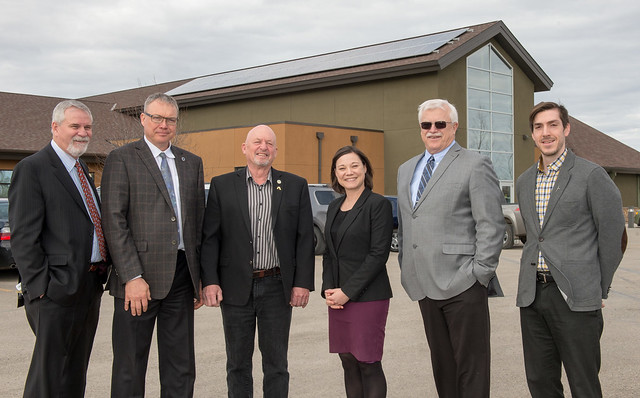 Since the program launched in 2016, 18 municipalities have received almost $2 million in rebates to offset solar installation costs for 28 projects, with many more to come.

The past year’s projects support 60 jobs and will save municipalities a combined $391,600 on power bills annually. The province will also see greenhouse gas emissions reductions equivalent to taking 13,906 cars off the road for one year. Relying on clean energy generation like solar means cleaner, quality air – which means better health for Albertans.

“Municipalities are valuable leaders in helping Alberta achieve 30 per cent renewable energy by 2030. Between this program, the On-Farm Solar PV Program and the recently announced Residential and Commercial Solar Program, people across the province have a number of excellent opportunities to generate their own electricity. This means lower costs, reduced emissions and hundreds of jobs in the renewable energy sector.”

“The AMSP enables Alberta’s rural municipalities to make important investments in solar at the local level and to showcase its benefits to the wider community. We look forward to continuing to work collaboratively with the province to support renewable energy generation in our communities.”

“Municipalities across the province are demonstrating climate leadership through investments in solar projects. The first 18 projects completed through the AMSP will reduce greenhouse gas emissions by over 62,000 tonnes.”

“This is just the beginning of the solar surge in Alberta and there's a lot more in store for the future of renewable energy in our province. The government’s recent renewable energy programs and policies have provided a framework for stability and security in the solar and renewables industry, with the promise of more investment and job creation.”

“Harnessing the sun is nothing new for rural Alberta, as we use that resource to produce our safe, clean food products. It is a logical step to use that same source to produce safe, clean energy. In a carbon-constrained future, those economies that have invested in renewable energy will reap the benefits of those technologies.”