Alberta’s government, the Municipal District of Acadia, the Special Areas Board and the Canada Infrastructure Bank are investing about $7 million to continue the planning of a large-scale irrigation project to be located in east-central Alberta.

“Historically, irrigation has been a game-changer when it comes to increasing sustainable primary crop production. The east-central project has the potential to help grow the agri-food sector and support a diversified value-added processing industry. Thanks to our partnerships with Canada Infrastructure Bank, the MD of Acadia and the Special Areas Board, we are another step closer to modernizing and expanding Alberta’s irrigation infrastructure.” 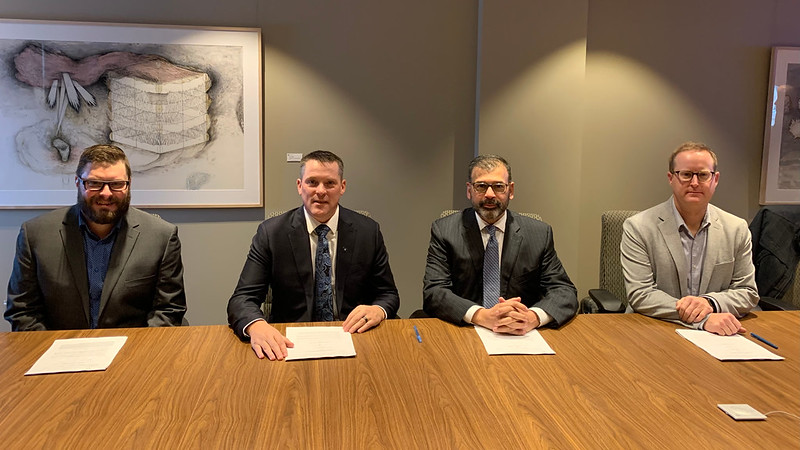 “Special Areas has everything it needs to become a highly productive agricultural area – everything except a reliable supply of water. This project could reinvent what agriculture looks like in east-central Alberta, bringing new opportunities to producers passionate about agriculture. Special Areas appreciates the strong partnership built by this project, and wants to thank Alberta Agriculture and Irrigation, the MD of Acadia and the Canada Infrastructure Bank for their ongoing support in developing large-scale irrigation in this region.”

“The MD of Acadia is excited to be partnering with the Special Areas Board, Alberta Agriculture and Irrigation, and the Canada Infrastructure Bank on irrigation development in our region. A large-scale irrigation project would increase water security and bring major economic benefits to agricultural producers while also enhancing recreational opportunities in the area.”

“Modern irrigation infrastructure is critical to farmers working in Alberta’s agricultural sector and it supports the province’s economy. As part of the CIB’s Growth Plan initiative to accelerate investment in new infrastructure, we are pleased to further collaborate with Alberta’s government, the MD of Acadia and the Special Areas Board on the planning of an irrigation project in east-central Alberta.”