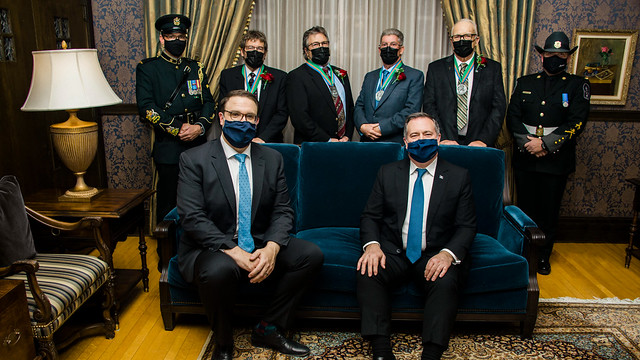 The Order of the Bighorn recognizes Albertans for their exceptional volunteer efforts toward fish, wildlife and habitat conservation. Since its inception, 114 individuals and organizations have received the prestigious award.

“The Order of the Big Horn Awards celebrates the critical role in strengthening conservation in Alberta and protecting Alberta’s environment for current and future generations. Bringing back these awards builds on conservation initiatives such as the grizzly bear recovery, Moose Lake management plan and investments in our parks while also improving outdoor recreation experiences for all Albertans."

In celebration of Alberta Environment and Parks’ 50th anniversary, Alberta’s government resumed the Order of the Bighorn Awards to provide an opportunity to recognize individuals whose voluntary efforts contribute to achieving shared conservation goals in the province.

Past award winners include Kerry Wood and Ann and Sandy Cross.

Detailed biographies of each winner are provided at Order of the Bighorn.