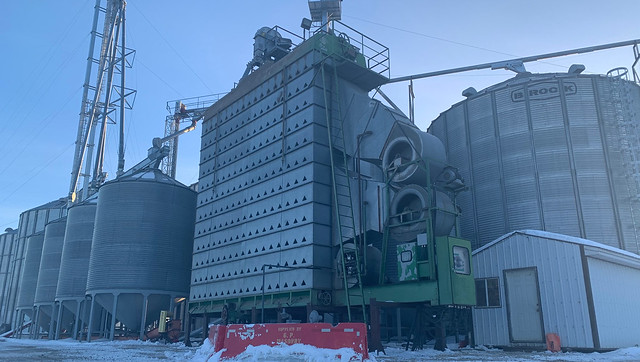 The Efficient Grain Dryer Program is funded through the Canadian Agricultural Partnership and will help cover costs for eligible grain dryer improvements for farmers in Alberta only. Applicants will be able to choose equipment that makes sense for the size and volume of their agri-business and improve energy efficiency within their operations.

“I have a deep appreciation for the efforts being made by Canadian farmers to care for the land and environment. It is their legacy to their children. A sixth generation farmer recently told me, 'if you don't care for the land, you're not in business.’ We all know how hard 2019 was for many farmers, and that weather is increasingly unpredictable. Our government is listening and finding solutions for farmers.”

“Last harvest was one of the toughest for Alberta farmers. Poor weather, trade irritants, rail strikes and a carbon tax have all hurt farmers through no fault of their own. This new program will help farmers remain competitive and keep producing the best high-quality food in the world.”

The program will be retroactive to April 1, 2018 to accommodate almost 100 applicants who have been waiting since that time and for those who may not have known about the program and purchased eligible equipment in the last two years.