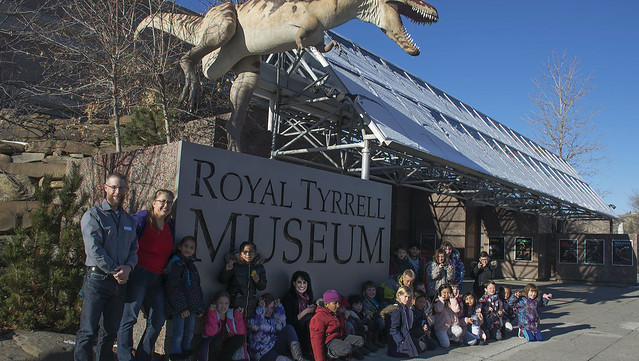 The specimens show how these ancient creatures lived and died, including evidence of fighting tyrannosaurs, and dinosaurs’ age at death.

“What a fantastic way to celebrate Canada History Week by exploring the specimens now on display in the Fossils in Focus exhibit at the Royal Tyrrell Museum of Palaeontology. This exhibit is an amazing opportunity for Albertans of all ages to walk among these prehistoric giants.”

Less than one per cent of the museum’s massive collection of fossils is ever on display. Each fall, the Royal Tyrrell Museum of Palaeontology refreshes its Fossils in Focus exhibit with some of its most remarkable and scientifically significant specimens.

One of Canada’s most-visited museums, the Royal Tyrrell Museum is a significant attraction and economic driver for southern Alberta.