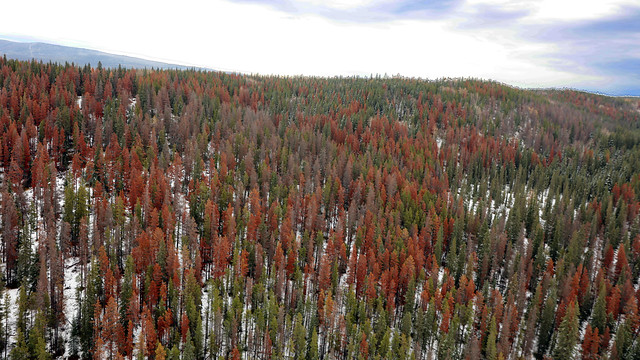 The extra funding will increase the mountain pine beetle management program’s annual budget from $25 million to $30 million through 2022-2023.

This is a proven program that reduces the spread of the mountain pine beetle and mitigates damage to Alberta forests. The money will go towards additional ground survey and control work on more than 83,000 hectares.

“The cost of doing nothing is not acceptable. We campaigned on this promise and we are reversing four years of the previous government’s cuts. The federal government needs to step up and protect Western Canada’s forests. Alberta and Saskatchewan are both funding mountain pine beetle programming and we will continue to press Ottawa to take this seriously.”

“We welcome this responsible and timely investment by the Government of Alberta. We only need to look west to British Columbia to see the widespread environmental degradation and lost jobs that occur when too little action is taken to fight the scourge of the mountain pine beetle. Here in Alberta, timely investments and cooperation between government and industry has not only prevented destruction of our forests, it has also slowed the eastward spread of the beetle. We challenge the federal government to take this issue as seriously as the Government of Alberta does.”

This announcement fulfils the government’s promise to increase funding to combat the mountain pine beetle epidemic.