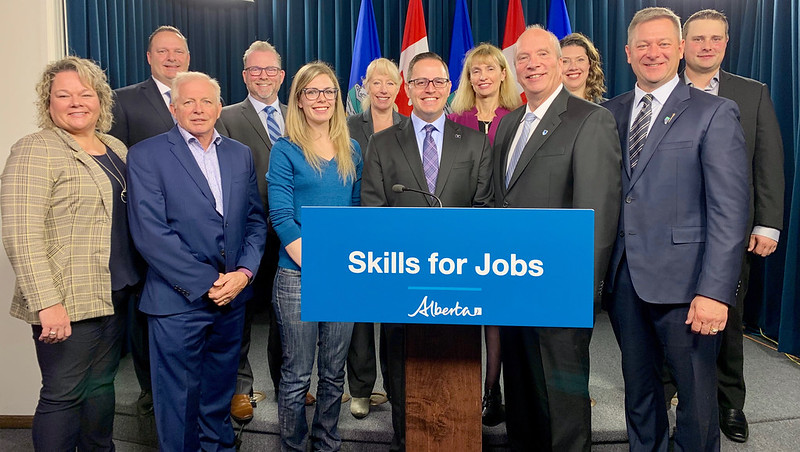 “Over the last few years, we have seen a dual problem of rising youth unemployment and a wave of retirements in the skilled trades. We need more young Albertans to pursue careers in the skilled trades and our government’s new Skills for Jobs Task Force will work towards that goal. More specifically, it will work to streamline training and credentialling, expand apprenticeship learning and work towards realizing the German model’s ‘parity of esteem’ between apprenticeship and academic learning.”

The task force will inform government on ways to:

“Skills matter! A skilled workforce is at the very heart of competitiveness and prosperity. And outstanding careers are built on skills. The Skills for Jobs Task Force will reimagine our skills and apprenticeship model. We will focus on reforming Alberta’s skills and apprenticeship system to expand opportunities and build parity of esteem between career options, including the skilled trades.”

“The government’s ongoing support and focus on applied-education and skills development is critical for Alberta’s prosperity. This task force will play a vital role in the renewal and acceleration of our province’s skilled workforce — bringing attention to the value of applied education and the careers and opportunities within skilled trades. Our work is to prepare learners for successful careers in the future and ultimately to provide industry the talent they need to grow our province.”

“I am very pleased to have been named to the skilled trades task force. Having come from the industrial and midstream sectors, I know first-hand the impact and the difference that skilled trades make in regards to safety, quality and cost to any successful project. The women and men in the skilled trades have my utmost respect, many of whom have been and are mentors of mine.”

The task force includes representatives from industry, labour, education leaders in both K-12 and post-secondary, and community agencies. It will submit a preliminary report in early 2020, followed by a full public report later in the year.