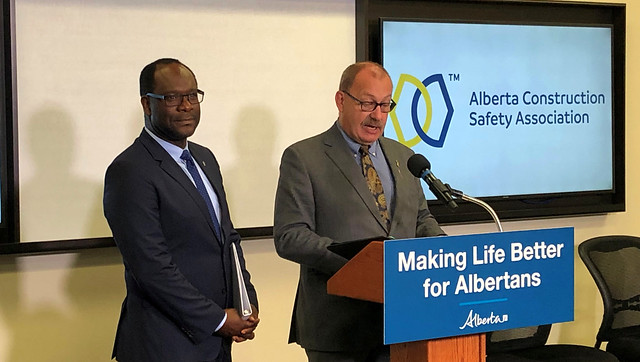 The project involves widening 18 kilometres of Anthony Henday Drive between Calgary Trail and Whitemud Drive from four to six lanes.

This segment of the Henday was originally designed for traffic capacity of 40,000 vehicles each day travelling in both directions. Today, there are about 80,000 vehicles on the southwest Henday daily.

“Edmonton is a growing city that depends on well-developed transportation corridors like the Anthony Henday to support jobs and the economy. Edmontonians know that this section of Anthony Henday Drive has been a pinch point for years, and almost daily we hear about the congestion that families and businesses face along this stretch. This project will alleviate much of that congestion, improve travel times for commuters and increase safety along this critical route. This is another example of our government’s commitment to supporting Edmonton’s economy and developing its transportation infrastructure.”

“This significant and critical investment in Edmonton’s transportation network will pay dividends for generations to come. It will relieve congestion, improve productivity and help Edmontonians get to where they’re going faster. Our government is making Edmonton a priority, and as a resident of southwest Edmonton, I couldn’t be prouder."

Alberta Transportation anticipates work on the southwest Henday widening project will begin in fall 2019. The project is expected to take about three years to complete and be open to traffic in fall 2022.