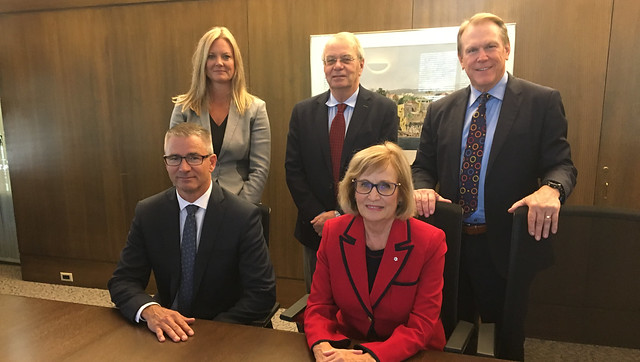 Alberta’s spending would be $10.4 billion less every year if we matched the average spending of Canada’s three largest provinces – Ontario, Quebec and British Columbia. By doing so, Alberta would have a $3.7-billion surplus instead of a $6.7-billion deficit.

The MacKinnon Panel also pointed out Alberta’s spending per capita is the highest in Canada and has been for more than 20 years.

Alberta’s debt has increased rapidly in the last four years, from $13 billion to $60 billion, and we are on track to exceed $100 billion in just four years. The panel found that without a change in course, interest payments on that debt will grow from $1.9 billion per year to $3.7 billion per year.

“I would like to thank the panel for their report. It’s clear Alberta’s spending is out of control and must be brought back in line. Our government was elected to balance the budget and what we have learned from this report furthers our commitment to making that happen and getting Alberta back on track.”

The report compared government spending in a range of areas, including health, education, and advanced education.

The panel looked at outcomes as well as expenses and found that spending more doesn’t mean better results. In some cases, the panel found that outcomes in Alberta are worse than in other provinces.

“Raising taxes is not the answer. Alberta has a spending problem and the government needs to act quickly and decisively to reduce its spending. The province needs to go beyond merely cutting spending to transform the way programs and services are delivered.”

Information provided in the report will be used in planning Budget 2019 which is scheduled to be tabled in the fall.

On May 7, government tasked the panel with reporting on: