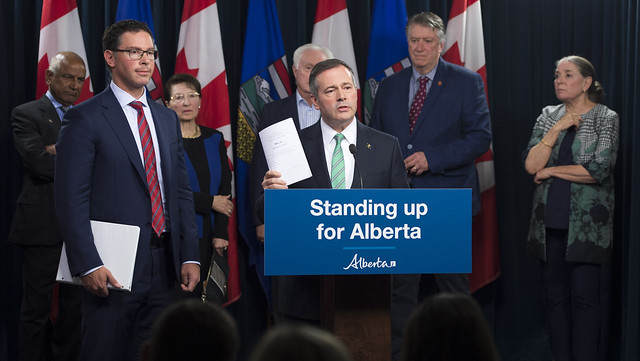 Senate nominee elections would reflect the democratic will of Albertans and make senators directly accountable to Alberta voters to defend our province’s interests.

"We are introducing the Alberta Senate Election Act to enable Albertans to choose the people they think would best represent them in the Upper Chamber. Senators who are elected by Albertans have shown that they effectively stand up for Alberta’s economy, jobs and families. They set a strong example to other provinces of the benefits of having effective voices with the moral legitimacy of having been elected."

In the four elections between 1989 and 2012 held under the previous Senate elections law, which expired in 2016, Alberta voters nominated 10 candidates for Senate appointments. Of those, five were ultimately appointed, including current senators Doug Black and Scott Tannas, who recently stood up for Alberta’s economy and for resource jobs in Canada by advocating for changes to Bill C-69, the ‘No More Pipelines Bill’ and the prejudicial Bill C-48.

"Elected senators are accountable to Albertans and have greater moral legitimacy to effectively speak on our behalf because they receive a mandate from voters. When Albertans have had a say in who would best represent them in the Senate, they have chosen people of the highest calibre who have been effective voices for Alberta’s interests."

"Alberta senate nominee elections have played an important role in allowing Albertans to decide who will be their voice in federal Parliament. Senatorial elections have brought significant political legitimacy to Alberta’s senatorial candidates. I was honoured to have been appointed to the Senate following the 2012 Alberta senate nominee elections, and am proud to continue to serve alongside my fellow elected Albertan colleague, The Honourable Scott Tannas."

"Since 1989, Alberta voters have gone to the polls to nominate their choices for who should represent them in Canada’s Senate. I am proud to be one of five elected candidates to have been appointed as a senator from Alberta. I am pleased to see the government of Alberta is reviving the Senate election legislation after the previous government refused to renew it. Albertans have a proud tradition of electing candidates they wish to have represent them in the Senate of Canada, and should continue to do so."

"As a proud Albertan and retired member of the Senate of Canada, I am pleased to see the introduction of Bill 13: The Alberta Senate Election Act. This Act would revive Alberta’s proud history of leading and strengthening our shared Canadian democratic traditions. I have always firmly believed that a strong, democratic Senate is in the interest of provinces like Alberta, who do not have adequate weight in the House of Commons. Under the leadership of Premier Jason Kenney, I am confident that this government will restore Alberta’s rightful voice and standing in as a leader in Confederation."

"Albertans need to be represented in the Senate. The best way to have the Albertan voice heard is to elect senators. Bill 13 does exactly that. Three of the senators from Alberta voted in favor of Bill C-69 which is very damaging to Alberta's economy and very discouraging for future investments in Canada's oil and gas industry."