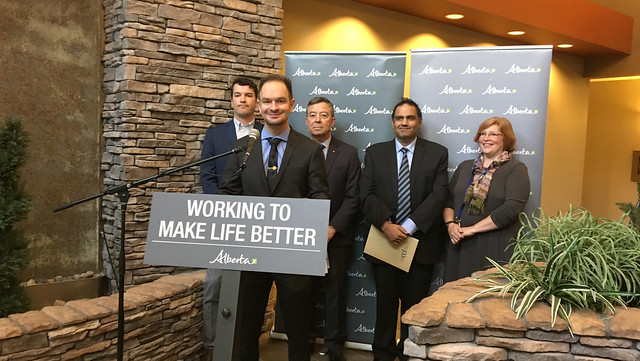 The new regulations cover day-to-day condo living and follow extensive consultations with thousands of Albertans in 2017 and 2018, including industry groups and condo owners.

“About one out of every five Albertans lives in a condo and our government has their back. Last year, we unveiled stronger protections for condo buyers and now we’re introducing new rules to improve condo living. These new regulations will make life better for everyone in the industry, including condo owners, condo managers and condo boards.”

The new governance regulations were approved by cabinet earlier this month. They will:

The bulk of the new regulations will come into effect on July 1, 2019, with the remainder taking effect on Jan. 1, 2020 to give condominium corporations time to update their insurance coverage.

“Historically, many Alberta condo owners have felt isolated and alone, and we’ve had difficulty finding information or programs about management of our condos. These new regulations will lead to improved management of Alberta condos, with improved requirements for transparency and governance. These changes will significantly enhance condo life in Alberta.”

“I commend the Alberta government on their in-depth consultative process with stakeholders and the public around the development of the condominium regulations. These regulations will provide a measure of certainty and clarity in regards to many issues that have been raised by CCI North Alberta on behalf of owners, directors and condominium industry members.”

“We thank Service Alberta for the transparency in these changes and for including the voice of southern Alberta condo owners in their decisions. The southern Alberta chapter of CCI supports and congratulates the government in taking these positive steps. We look forward to collaborating in the next phase of changes.”

The Condominium Property Amendment Act was passed in December 2014. The next step was to create more than 50 supporting regulations, which are being developed and rolled out in stages.

The first stage, which came into effect earlier this year, focused on protecting condo buyers and ensuring their investments are properly looked after. The second stage, announced Dec. 14 and coming into effect in 2019 and 2020, focuses on condominium governance.