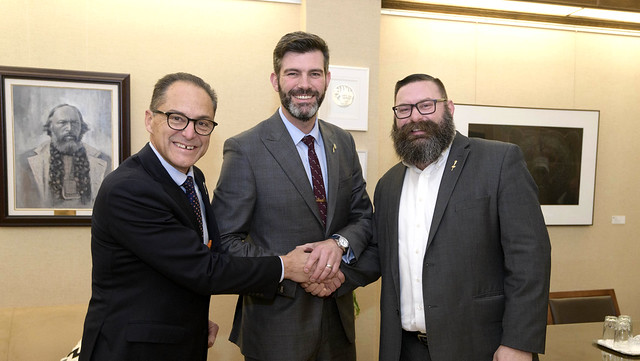 If passed, the City Charters Fiscal Framework Act would provide Edmonton and Calgary with infrastructure funding tied to provincial revenues, meaning they would share in Alberta’s future revenue growth.

“The Government of Alberta is the highest funder of municipalities in the country because we understand the importance of local infrastructure to Albertans – it connects workers to their jobs, enables trade and attracts investment. We know that in order to support continued growth, Alberta’s two biggest cities need permanent, predictable funding for their local infrastructure priorities.”

The proposed legislation is part of ongoing city charter conversations and would provide Edmonton and Calgary with a baseline of $500 million in the first year, split between the two cities. This new agreement would replace the cities’ Municipal Sustainability Initiative (MSI) funding when the program is complete in 2022.

“Calgary and Edmonton are home to more than half of Albertans. This framework delivers certainty to the cities and their residents by providing permanent infrastructure funding. This historic partnership provides Edmonton and Calgary with permanent funding in a fiscally responsible way the province can afford.”

The framework would also support growth in the Calgary and Edmonton regions with $400 million annually for long-term transit funding, split between the two cities. This program would start in 2027, when current transit funding agreements are complete. Funding would come from Climate Leadership Plan revenues.

“We’ve been working towards long-term, predictable funding for Alberta’s big cities for many years. In order to be able to plan for the future and invest in areas Calgarians expect, it is critical that we have a level of financial certainty from the Government of Alberta.”

A $50-million annual program to fund significant regional infrastructure projects that support economic development would also be introduced in 2022, supporting cooperation and collaboration between municipalities. One third of the funding would go to the Calgary Metropolitan Region Board, one third to the Edmonton Metropolitan Region Board and one third to other regional entities on a competitive basis.

“This new funding formula recognizes the key role our city and region have in driving growth in the provincial economy. It offers a sustainable funding mechanism that will allow us to plan our upcoming budgets more effectively, and continue to build out critical infrastructure that will benefit over a million people living in the Edmonton Metro region. Most importantly, this is a deal that respects our taxpayers, by fairly balancing their interests as Edmontonians and as Albertans.”

Additionally, changes are proposed to the Edmonton and Calgary city charters to give them more flexibility in how they manage growth. Amendments address areas such as:

These regulations will be posted online for 60 days.