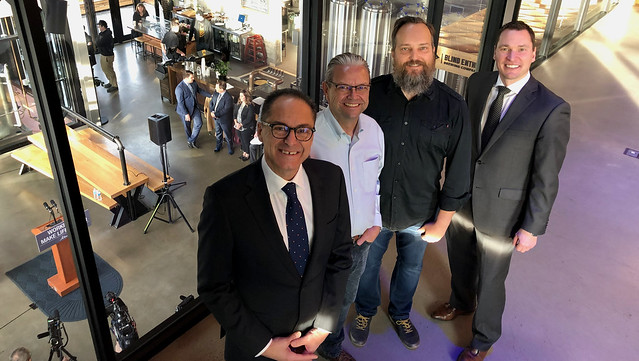 Alberta lists 3,700 products from other parts of Canada, including 745 from Ontario. By contrast, Ontario imports only about 20 Alberta products despite their market being three times as large. Meanwhile, Alberta products are readily sold in Japan, the United States and across the European Union.

“It doesn’t make any sense that it’s easier to sell Alberta beer in Tokyo than it is in Toronto. It’s unacceptable. We’re fighting for the Alberta craft liquor manufacturers who create good jobs here in our province. They deserve a level playing field to sell their products across the country, without unfair trade barriers. We need more trade, not less.”

Alberta also maintains the most open liquor market in the country, with more than 20,000 liquor products available for purchase across the province.

“For years, Alberta’s brewers have been shut out of Ontario. We thank the Alberta government for fighting for more open trade and helping the continued growth of craft beer in Alberta.”

In addition to the trade challenge, Alberta is introducing a universal small brewer markup. Brewers who apply for this markup and produce less than 50,000 hectolitres in Annual Worldwide Production (AWP) will be subject to less than the standard $1.25 per litre markup.

A markup of between 10 cents and 60 cents will be applied per litre based on their AWP. The lower markup rates will allow small brewers to reinvest in their business and continue to grow.

Alberta now has 137 liquor manufacturers, including 99 brewers. The number of brewers in Alberta has nearly tripled since the government introduced the Alberta Small Brewers Development Program in 2016.

“It’s clear that our craft beer industry is thriving. There are now 99 small brewers in Alberta and we’re committed to sustaining that momentum. This markup rate will help the industry continue to grow. It’s another way that we have the backs of Alberta small brewers.”

The markup rates will come into effect following the cancellation of the Alberta Small Brewers Development Program on Dec. 15. Production and sales counting towards the program will continue to be eligible up to the program’s cancellation.

Additional measures to support Alberta liquor manufacturers will be announced in the coming weeks.