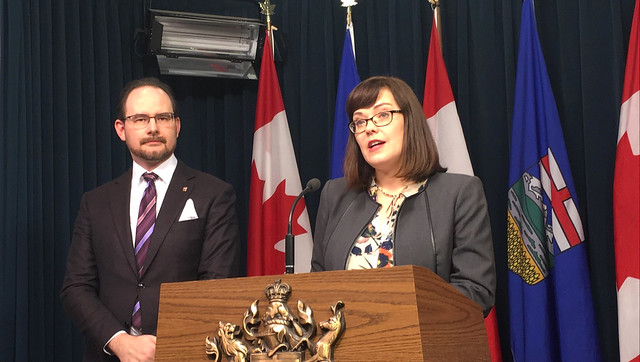 If passed, the Family Statutes Amendment Act, 2018 would make it easier for unmarried partners to divide their property if their relationship breaks down. It would also clarify in the legislation that applications for child support can be made for all adult children with disabilities – regardless of the marital status of their parents.

“A relationship breakup can be one of the most difficult times in a person’s life. Our legislation would mean the justice system can work more fairly and efficiently for families when they need it – and it would protect some of the most vulnerable Albertans from falling through the cracks.”

The proposed legislation would extend property division rules in the Matrimonial Property Act to unmarried couples who qualify as  “adult interdependent partners” under Alberta’s Adult Interdependent Relationships Act. Generally, these rules mean that property acquired during a relationship is divided equally if that relationship ends. The legislation would also allow couples to draft their own agreement for property division, if they prefer.

“Many parties living in common-law relationships in Alberta already think they have the same legal rights as married people – they don’t. If their relationship breaks down, dividing property through litigation is time-consuming and expensive, and outcomes are highly unpredictable. This bill would change that. That’s good news for Albertans and it is good news for the justice system, because it will reduce litigation and ease pressure on our already overextended courts.”

“It’s often a shock when we break the bad news to separating common-law spouses that they have no automatic rights to share in property at the end of their relationship. Many just walk away because they can’t afford a legal battle. The proposed law will bring fairness to Alberta couples – especially women – without the need for long and costly legal battles.”

If passed, the act would bring changes to property division into force on Jan. 1, 2020, providing time for a public awareness campaign.

“The Canadian Bar Association has long expressed concern about the legislative gap in Alberta relating to the distribution of property when unmarried couples separate. While court remedies have been available, the process and results can be inconsistent and complicated, with increased conflict and cost for the parties. This bill creates predictable rules to increase clarity, thereby being a significant advance towards improving access to justice.”

Currently, the wording in the Family Law Act does not allow applications for child support for adult children with disabilities or illnesses. The Family Statutes Amendment Act, 2018 would make it clear that all parents can apply for that support.

“I am completely overjoyed and relieved that the antiquated law in Alberta that left unmarried parents of adult children with disabilities unprotected is now being changed. My 19-year-old daughter, Emily, has required support and assistance her entire life. Previously, families like mine fell through the cracks when their children turned 18. Now Emily can continue to participate in the therapies and programming she desperately needs.”

The proposed legislation would also repeal the Married Women’s Act, which was enacted in 1922. That act was originally created to allow women to own property and sign contracts. Newer legislation and the Canadian Charter of Rights and Freedoms has made it outdated and unnecessary.

If the Family Statutes Amendment Act, 2018 is passed, the amendments to adult child support, and the repeal of the Married Women’s Act would come into force immediately, upon royal assent.