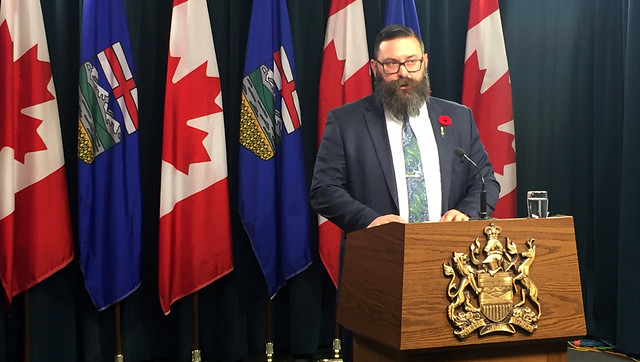 An Act to Renew Local Democracy in Alberta would make several much-needed updates to the existing act that governs elections for municipalities, school boards, Métis Settlements and irrigation districts.

After hearing direct feedback from Albertans, the province is proposing updates which include banning corporate and union donations, lowering contribution limits for individual Albertans and requiring third parties to be more transparent about contributions.

“We heard from Albertans that elections should be decided by people, not by money. Our government made provincial elections fairer and more transparent, and now we are committed to doing the same on the municipal level.”

The proposed legislation would make local elections more accountable by empowering the Alberta election commissioner to investigate, prosecute and enforce rules related to campaign finance and third-party advertising. General administration of local elections would be left to each jurisdiction.

“Active oversight by an independent enforcement body helps to ensure integrity in our electoral process. It not only holds to account those who break the rules, but deters others from doing so and helps voters maintain trust in their elections. Without education, prevention and effective enforcement, even the best election laws are merely good intentions.”

Over the summer, Albertans, municipal associations, school boards, Metis Settlements, Alberta’s election commissioner and municipalities were consulted about possible changes to the legislation.

Other amendments would include: