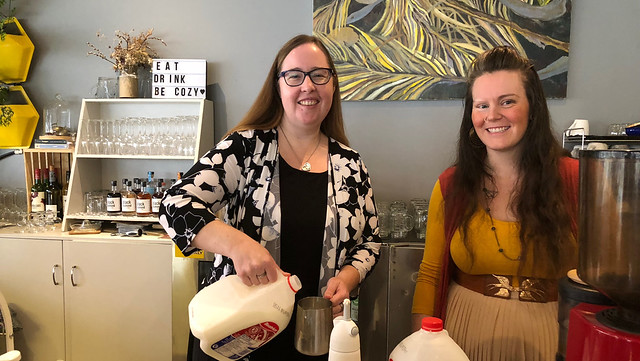 The increase of $1.40 per hour will make life better for hundreds of thousands of workers and is the final step in the government’s commitment, made in 2015, to a fairer wage for all Albertans.

“Every hard-working Albertan deserves to be paid fairly. The $15 minimum wage will make life more affordable for women, single parents, families and everyone who has been working a full-time job or more but is still struggling to put food on the table and pay their rent. I’m proud that we are delivering on our commitment to everyday Albertan families.”

The increased minimum wage is good for the overall economy as well. Every extra dollar that goes into the pockets of everyday Albertans gets invested back into their community and the local economy.

“I know first-hand the difficulty of raising and providing for a family on a low income. When I was 27, I found myself a single mother of two working a minimum-wage job trying to make ends meet.”

Based on a 40-hour week, someone making the increased minimum wage will earn $2,912 more per year, which will help ensure that those in the service industry who take care of us can afford to take care of themselves and their families as well.

“The minimum wage increase is a great step towards empowering low-income Albertans and providing them with the opportunity to spend more on essential needs. The implementation of a livable wage in Alberta can relieve the pressure of low-income families to excel and achieve their goals, which will benefit their community and the province overall.”

Employers and employees with questions about minimum wages can reach the Employment Standards Contact Centre at 780-427-3731, or toll-free at 1-877-427-3731, or visit www.work.alberta.ca/es.