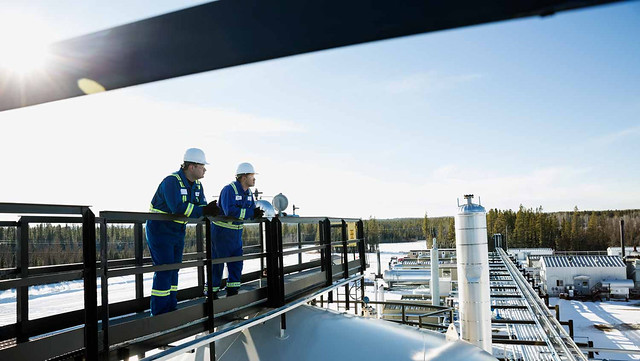 This deal, which is subject to approval by Kinder Morgan shareholders, puts people to work building the pipeline immediately. The Trans Mountain Pipeline expansion is expected to generate billions of dollars in economic activity and government revenue in Alberta.

“When Kinder Morgan issued its deadline on April 8, the Government of Alberta committed that the deadline would be met. Today, we are delivering on that commitment. We are pleased to have worked with the federal government to ensure construction resumes, certainty is increased and Albertans and all Canadians enjoy the many benefits of having this project go forward. There is more work to do, but we will not stop until the job is done.”

Alberta is providing support in the form of a backstop that would be called upon in unforeseen circumstances. Alberta’s contribution would range from zero to a maximum of $2 billion, and would be payable only upon completion of the project. If Alberta’s backstop is called upon, Alberta will receive equity in the completed project.

In addition to providing financial certainty to the project, federal ownership of the project shields the Trans Mountain Pipeline from the political risk to which the project had previously been subjected.

Existing profit sharing or other agreements established by Kinder Morgan and Indigenous groups will be maintained under this new arrangement.

Details of Alberta support for the Trans Mountain Expansion Project

The Trans Mountain Expansion Project will help create tens of thousands of jobs, ensure Canadians get fair value for our oil in international markets and help keep us moving forward on our climate change commitments. This will mean more money for health care, schools, roads and public transit across Canada. Getting Canadian energy to tidewater through the expansion of this pipeline will help Albertans and Canadians.

The Government of Alberta has agreed to provide support to the Government of Canada in its acquisition of the Trans Mountain Expansion Project and associated assets. This support was instrumental to ensuring the continued construction and timely completion of the project.

In providing the support, Alberta was driven by three primary objectives – construction resumes immediately, ensuring the timely completion of the project, and ensuring that Albertans get value for any support provided by the province.

Under the agreement, Alberta commits to provide a backstop to the Government of Canada to help cover costs arising from unforeseen circumstances.  Alberta’s contribution to costs could range from zero to a maximum of $2 billion.

If Alberta’s backstop is ultimately required, it would share eligible costs with Canada, up to a maximum contribution of $2 billion. Alberta’s contribution would be payable to Canada only upon successful completion of the project. In exchange for its contribution, Alberta would receive equity in the completed project commensurate with its contribution.