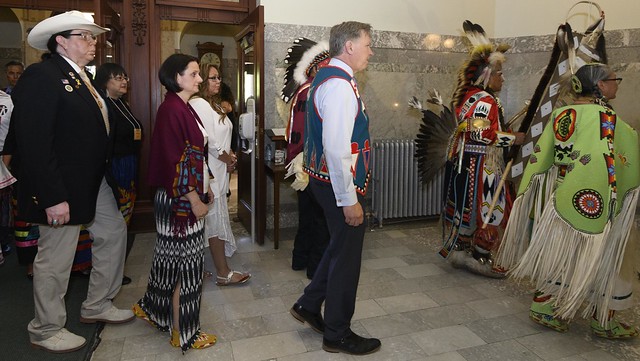 As part of Alberta’s commitment to reconciliation, Alberta officially apologized for past practices that led to the removal of Indigenous children from their families, resulting in a loss of culture, identity and connection to their communities. The impacts are still felt by survivors and their families today.

“It hurts just to imagine the heartbreak experienced by these families, along with the loss of language, culture and sense of belonging. Survivors can never replace what was taken, and I am sorry. We must acknowledge these wrongs and the toll they have taken, and thank survivors for their courage in speaking up.”

“In the true spirit of reconciliation, this apology from the Premier is an acknowledgement that the Sixties Scoop was a dark chapter in Alberta's history. This apology is long overdue and is a greatly needed step in the healing process for our Indigenous communities. This apology means a lot, not only to survivors, but to Albertans in general as well because it's an opportunity to create public awareness on the history and legacy of the Sixties Scoop.”

The Sixties Scoop refers to government practices across Canada from the 1950s to the 1980s that led to an unknown number of First Nation, Metis and Inuit children taken from parents, families and communities by child intervention services and placed with mostly non-Indigenous families. Many of these children experienced abuse, mistreatment and neglect and lost touch with their families, communities, culture and traditional language.

Between January and March, the Government of Alberta worked with the Sixties Scoop Indigenous Society of Alberta to conduct engagement sessions across Alberta. The sessions provided an opportunity to listen to survivors and empower them in a respectful and inclusive engagement that led to today’s apology.

Alberta has previously taken steps to acknowledge past mistreatment of Indigenous people, including a 2015 apology for failing to stop children taken from their homes as part of the federal residential school system.