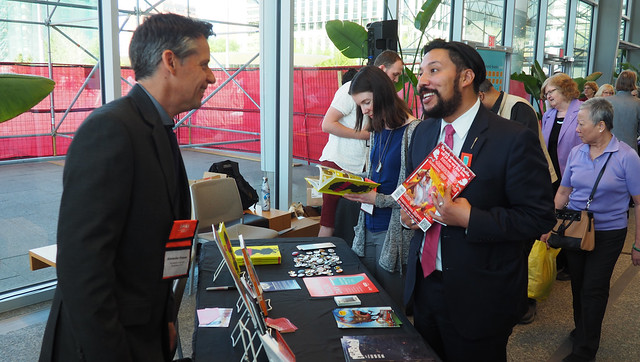 Alberta Book Day recognizes the importance of Alberta’s book-publishing industry in preserving and sharing Alberta’s culture with the world, as well as contributing to the province’s economic growth and diversity.

“Books are a feast for the mind. As we mark the first Alberta Book Day in our province, we celebrate the depth, breadth and longevity of the book-publishing industry in Alberta, as well as Alberta’s talented writers, publishers and creative minds, and the part they play in making life better for all of us.”

Alberta’s cultural industries play an important role in making the Alberta economy stronger and more resilient by creating jobs and generating billions in economic activity for the province. Alberta book publishers have brought Albertans thrilling tales of science fiction and fantasy, captivating historical dramas, scholarly and educational publications, and everything in between.

“Alberta Book Day is a great way to celebrate the quality and diversity of Alberta published books, the value they bring to the province, and to showcase to Albertans the wonderful resources that exist in their own backyards. I would like to thank the minister of Culture and Tourism and the Alberta government for marking this day and to help celebrate books and the importance of reading.”

The BPAA has 31 members, including 28 book-publishing companies, many of which are owned and operated in Alberta

Listen to the announcement