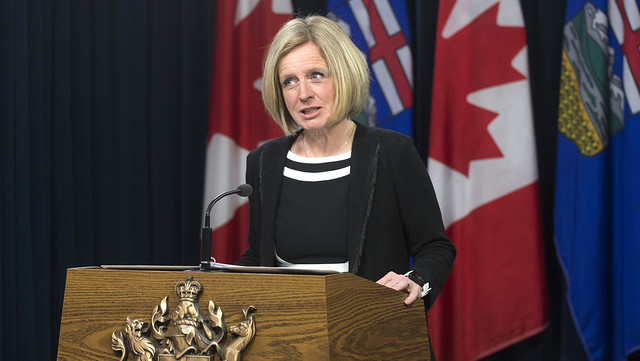 “Tens of thousands of jobs and billions of dollars to the economy depend upon it. So do better schools and hospitals.

“Kinder Morgan has put a deadline of May 31 in place and I regret that the company is frustrated by not knowing on how many more legal fronts it will need to fight.

“We have won a series of important and decisive legal victories. The courts threw out B.C.’s last case without even hearing it. And I am confident we will continue to win.

“Federal Natural Resources Minister Jim Carr has called on the Government of British Columbia to suspend all threats of delay to the Trans Mountain expansion. Those are strong words, but we need more. We are calling on the federal government to act in the defence of Alberta and working people in Western Canada.

“As well, I have two things to say to British Columbia.

“Second, Premier Horgan believes he can harass the investors and managers of Kinder Morgan, that they will give up, and that this will kill this project. He is wrong here as well.”

“If we take that step, we will be a significantly more determined investor.

“This pipeline will be built.”