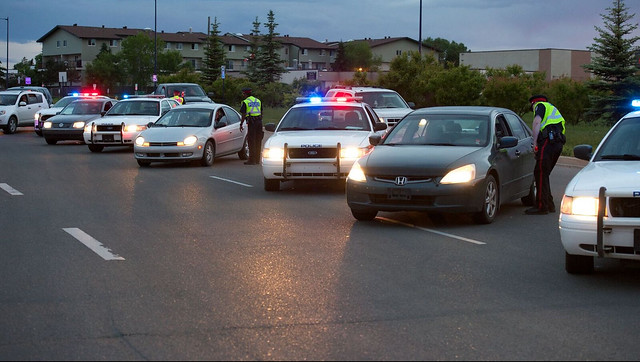 New impaired driving laws will come into effect on April 9, 2018.

Last fall, the Government of Alberta passed An Act to Reduce Cannabis and Alcohol-Impaired Driving. As part of this bill, new impaired driving laws will come into effect on April 9, 2018.

“The loss and suffering that result from impaired driving are unacceptable and entirely preventable. As the country prepares for legalization of cannabis, we’ve strengthened our provincial impaired driving sanctions to make our roads safer and continue to deter impaired driving—whatever the source of impairment may be.”

“The Alberta RCMP is committed to raising awareness of the devastation experienced by individuals, families and communities that all too often result from driving impaired. We will continue to take impaired drivers, whether by drugs or alcohol, off Alberta roadways and anticipate these laws will help more people think twice about getting behind the wheel if they are under the influence.”

“MADD Canada welcomes these measures to prevent impaired driving. The provisions in this bill send a powerful message that driving under the influence of alcohol or drugs will not be tolerated, and those who ignore the law will face strong consequences.”

“Impaired driving, whether due to alcohol or drugs, is a serious traffic and public safety issue. It’s for this reason that AMA supports these changes to Alberta’s impaired driving laws—to improve our overall safety. These changes provide the framework needed for Alberta to continue its progress in deterring and dealing with impaired driving.”

On April 9, the following new impaired driving laws will come into effect in Alberta:

This legislation also lays the groundwork for the province to enforce upcoming changes to federal impaired driving charges in the Criminal Code of Canada—specifically, proposed blood drug concentration limits for cannabis and cannabis/alcohol combination, similar to the legal limits that already exist for alcohol.