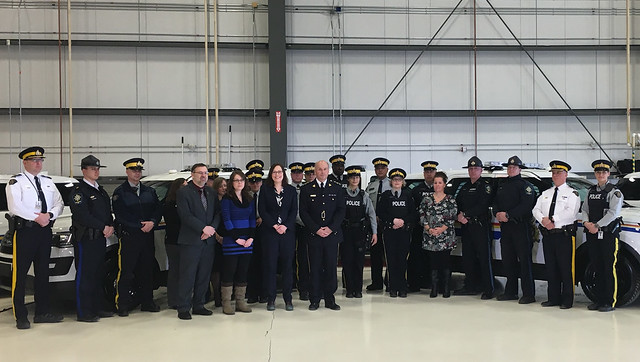 Measures are also being introduced to ensure police have the resources needed to address their top priorities. These steps include focusing on intelligence and sharing information to help police better identify and catch prolific offenders, and shifting some routine tasks to civilian workers so officers can spend more time patrolling and investigating in the community.

“All Albertans deserve to be safe in their homes and their communities. With help from our valued partners in the RCMP, we have developed a detailed plan to protect rural Albertans and their property. While there’s no single, easy solution to fix rural crime, our strategy puts several important tools in the crime-fighting toolbox. More civilian staff means more frontline officers on the street, while more Crown prosecutors will mean more timely access to justice.”

“The support announced today by Minister Ganley represents a significant contribution to the safety of Albertans. This funding will enable us to greatly expand our crime-reduction efforts across Alberta and strengthen our criminal intelligence program. If you are committing crime in Alberta, we will identify you and we will stop you.”

“In recent years, crime rates have been rising in rural Alberta. The cause of this increase is complicated, and there are no easy solutions. However, we are pleased by the Government of Alberta’s investment and commitment to working with the AAMDC, rural municipalities, the RCMP and other partners to develop approaches to curb rural crime. We are confident that the province’s investment in a crime-reduction strategy, intelligence-led policing and a centralized data centre will go a long way to proactively address some of the issues being experienced related to rural crime. Improving information-sharing amongst law enforcement agencies and rural Albertans is an excellent next step towards addressing this serious issue.”