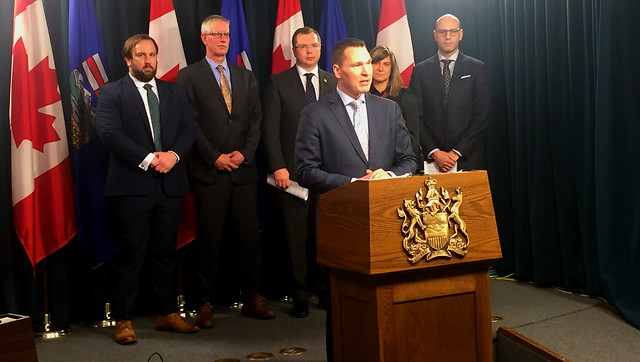 “Alberta businesses are attracting international attention – and bringing home more than half a billion dollars from trade and investment this year. Showcasing Alberta businesses abroad means new economic opportunities in our province. That’s why we are increasing access to our trade offices, leading more trade missions and providing businesses funding to cover the upfront costs of breaking into new markets.”

While the missions will have additional impact in the new year, companies have reported at least $502,066,700 in actual trade and investment since April 2017, contributing to a dramatic increase in trade this year.

In the first ten months of 2017 Alberta exports were $82.7 billion, up from $63.1 billion during the same period last year. The 31 per cent increase accounted for 64 per cent of Canada’s entire trade increase during that time.

“The Alberta mission to ADIPEC (Abu Dhabi International Petroleum Exhibition and Conference) gave General Magnetic a low-cost, high-impact market introduction that we could not have achieved on our own. Support with logistics, meetings and facilities were invaluable. We are already scheduled to return in January, a few short months later, to follow up on real opportunities.”

“This fall’s trade mission to the Gulf Cooperation Council region and ADIPEC opened many doors to our target market in the region. They introduced us to business opportunities that otherwise would have been missed. We would not have had the success achieved in this length of time without the well-planned support and insight of these highly informed, hard-working teams.”

Trade missions are crucial to securing and increasing market access for Alberta companies by demonstrating the province’s commitment to enhancing existing international relationships, especially those with trade agreements. Ministerial visits support government-to-government relations which boost investor confidence in the province. Missions are also an opportunity to showcase Alberta in the international marketplace and highlight why it’s the best place to do business.

“These global missions have allowed EIA to enter new markets for passenger and cargo services as well as for the Alberta Aviation and Technology Centre. These missions offer meetings with key decision makers in Asia, Europe and the Middle East – and they also open doors for Alberta industry to generate investments that are creating jobs and driving economic diversification.”

“The value of trade missions goes beyond trade dollars attracted. A coordinated effort by government and industry to seek international trade deals demonstrates to the world that Alberta is open for business. This approach provides a high level of comfort to foreign investors that translates into marketplace confidence here at home. As an economic development agency, Alberta’s Industrial Heartland Association benefits greatly from these missions, enhancing our ability to connect government-to-government and show international executives that the Alberta government is aligned with industry in creating an attractive investment environment.”

Mission to the United Kingdom, Germany and Ukraine

Mission to the United Arab Emirates