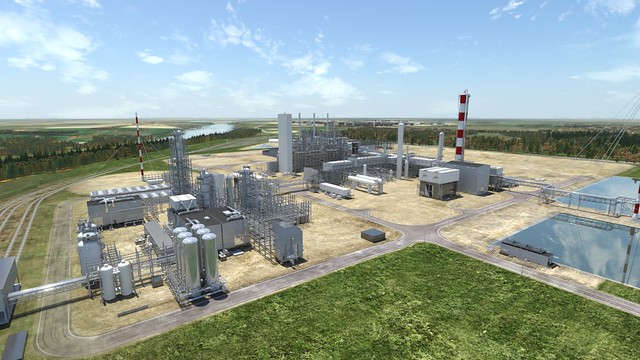 The final investment decision by Calgary-based Inter Pipeline will see two new facilities built in the Industrial Heartland, near Fort Saskatchewan, that will process propane into value-added plastics products. At the peak of construction, an estimated 2,300 direct full-time jobs will be created and once complete, the facilities will employ 180 people full time.

Inter Pipeline was approved to receive royalty credits under Alberta’s Petrochemicals Diversification Program, which was created as part of the Alberta Jobs Plan to encourage companies to invest in the development of new petrochemicals facilities in the province.

“We're excited to see this new investment that will create thousands of good-paying, value-added jobs and help diversify Alberta's economy. Moving ahead with this world-class facility shows our Petrochemicals Diversification Program is working to attract new investment and make life better for Albertans by creating new economic opportunities.”

“We had roughly twice the interest we expected in this program when it first launched, showing that companies around the world see Alberta as a great place to do business. Seeing this project proceed is just another step in our government's plan to increase competitiveness, diversify the type of energy products we produce in Alberta and create lasting benefits for the modern Alberta economy.”

Construction of the new propane dehydrogenation (PDH) facility and polypropylene facility will begin in spring 2018, with operations starting by the end of 2021.

The complex will process about 22,000 barrels per day of Alberta propane into propylene, which will then be processed into the more valuable polypropylene that is used around the world to manufacture a variety of plastics products, including packaging for consumer products, reusable containers and automotive parts.

Preliminary work at the project site is underway, as is detailed engineering and design work.

“Alberta is an ideal location to construct a world-scale, propane-based petrochemical operation due, in part, to the meaningful incentives provided by the Petrochemicals Diversification Program. Driven by attractive feedstock and utility costs, Inter Pipeline’s Heartland Complex is expected to be one of the lowest-cost polypropylene producers in North America.”

Inter Pipeline’s PDH project was one of two proposed petrochemical projects selected in December 2016, through a competitive application process, to receive up to $200 million in royalty credits.

Another project, Canada Kuwait Petrochemical Corporation’s (CKPC) integrated PDH and polypropylene facilities, was approved to receive up to $300 million in royalty credits. CKPC recently began the process to have front-end engineering design work done for its project and is expected to make a final investment decision in late 2018.

Under the PDP, projects will receive royalty credits only after the facility has been constructed and is in operation.