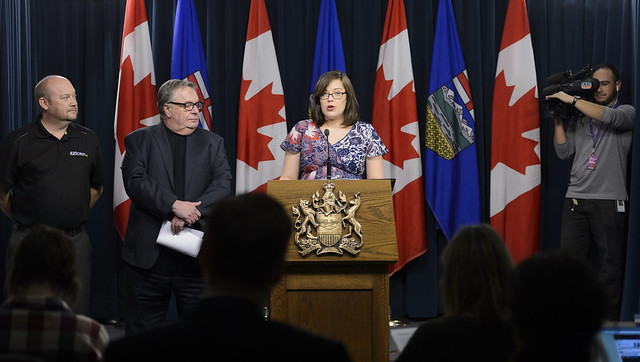 The proposed legislation, An Act to Control and Regulate Cannabis, involves amendments to the Gaming and Liquor Act, which would be renamed the Gaming, Liquor and Cannabis Act. These amendments would include many of the details outlined in the Alberta Cannabis Framework, released in October.

An Act to Control and Regulate Cannabis would also allow for two kinds of cannabis retail sales in Alberta: privately operated physical retail locations and government-operated online retail. The Alberta Gaming and Liquor Commission would be responsible for oversight of private retail, and details on licensing will be available early next year.

“This legislation represents the culmination of extensive engagement and research on legalized cannabis. It puts our province in a position to not only meet the federal deadline of July 2018, but does so in a way that is responsible and promotes public health and safety for all Albertans.”

Under the proposed legislation, the province would:

“We are pleased with the government’s announcement to go with the private retail model as cannabis becomes legalized by July 2018. This direction strikes a healthy balance that supports free enterprise, responsible government and the safety of Albertans.”

“We are very supportive of the Alberta government for their announcement on private cannabis retail for our province. This is a responsible model that will boost our province's economy, while keeping safety at the forefront. With Alberta's strong entrepreneurial spirit, this retail model allows companies like ours to create hundreds, even thousands of jobs for Albertans. Not to mention, the competition created through private cannabis retail will allow our province to continue to combat the black market.”

Additional aspects of the Alberta Cannabis Framework – such as details around drug-impaired driving, taxation and workplace safety – will be empowered through updates to other pieces of legislation before July 2018.