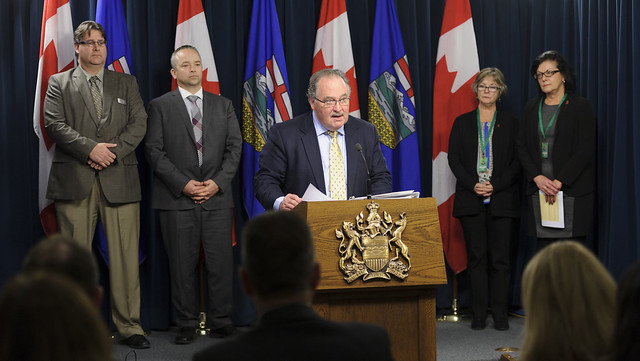 If the bill is passed, there would be new provincial sanctions for cannabis-impaired and cannabis/alcohol-impaired driving offences.

The Government of Canada has introduced legislation that would legalize the use and possession of non-medical cannabis and make changes to federal impaired-driving laws in the Criminal Code. The proposed federal changes include three new impaired driving charges specific to cannabis, cannabis/alcohol combination and other drugs.

Alberta proposes to update the Traffic Safety Act to reflect these changes and to ensure that sanctions for drug-impaired driving would be aligned with those already in place for alcohol-impaired drivers.

“Impaired driving due to alcohol, cannabis or any other impairing drug or combination of drugs, is the leading criminal cause of death and injury in Canada. These tragedies are entirely avoidable. Alberta’s impaired driving laws aim to reduce the number of impaired drivers on our roads, encourage safe driving behaviour and strongly discourage impaired driving.”

“MADD Canada welcomes the legislation announced by the Province of Alberta to address impaired driving. The provision to prevent drugged driving among new and young drivers is especially important, and we thank the province for its leadership on this issue.”

“As the safety association representing commercial drivers in the province, the Alberta Motor Transport Association supports any initiative to reduce impaired driving. Not only will this proposed legislation reduce impairment-related injuries and death, it will also make roads safer for all Albertans.”

The province is also responding to the recent Alberta Court of Appeal decision overturning section 88.1 of the Traffic Safety Act. Drivers who meet the criminal threshold for impaired driving would receive a 90-day licence suspension followed by one year in an ignition interlock program. The existing law imposed an indefinite licence suspension that stayed in place until the disposition of the court case.