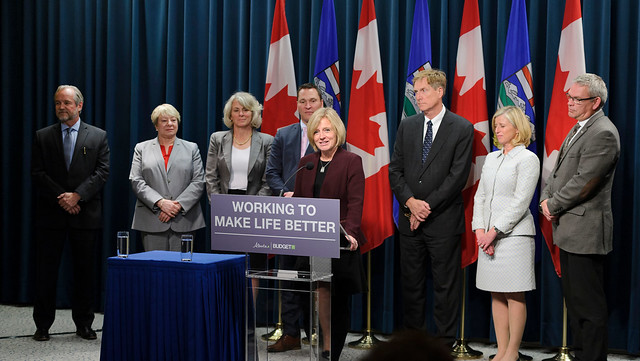 The Amazon HQ2 Leadership Team will be helping Alberta cities bidding on Amazon’s HQ2, including identifying opportunities for the provincial government to support the bids.

“There’s a reason Alberta is home to the highest concentration of international headquarters in Canada. We have the youngest, best-educated and most productive workforce in the country. We also have the most competitive costs to do business – including our universal health-care access. We’ve brought this team together to focus on creating maximum benefit for Albertans, because we know that showcasing our cities to the world means new economic opportunities here at home.”

The Amazon HQ2 Leadership Team has extensive networks it will use to build a national and international profile for Alberta bids and show the world why Edmonton and Calgary are great places to do business. The team will focus on showcasing Alberta’s high quality of life, low taxes, diverse and well-educated workforce, extensive public infrastructure and world-class health care. Having the presidents of Alberta’s two largest universities on the team will help position Alberta as an innovative – and nimble – workforce, capable of responding to the talent requirements of Amazon, or any company looking to build a headquarters.

“We've seen Cavendish, Google, RocketSpace and Champion make important expansions in our province this year as we work to grow and diversify our economy. I've met with Amazon executives directly, and they've been clear that a Team Alberta approach is important to demonstrate our government is serious about helping them expand here too.”

William (Bill) Sembo, a retired investment banker who oversaw the creation of Cenovus Energy and Nexen, is heading up the new team. He chaired the first meeting Monday morning.

“We can compete with many other jurisdictions when it comes to attracting leading businesses to Alberta. In Alberta, one discovers everybody is building, everything is new; nothing is beyond improvement and our horizons are limitless. Albertans get things done! The team and I will use our collective networks, experiences and determination to support our cities' bids – we're united in a view that Alberta is the best place to invest and do business.”

The team’s work builds on meetings Minister Bilous and ministry staff have had with Amazon executives over the last year, including meetings in Seattle in August.