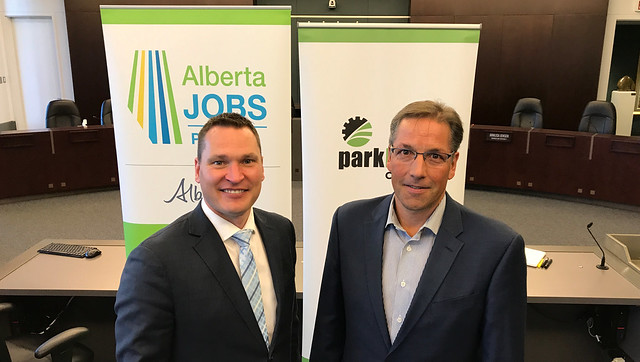 The Coal Community Transition Fund will be available for projects that focus on regional partnerships and economic diversification. The fund, which is also expected to grow with additional support from the federal government, is one step in a series of initiatives to support coal communities and workers as Canada moves towards natural gas and renewable electricity generation and away from coal.

“We know the move away from coal has created a lot of uncertainty – that’s why we are working with local leaders and residents to support their plans for resilient, diversified economies in Alberta’s coal communities. These communities have a proud history of helping power a prosperous and industrious province, and we want them to continue to be places where people can build a good life for themselves and their families. Rural communities have always been important to this province, and when their economies do well, Alberta does well.”

The Coal Community Transition Fund guidelines recognize the unique challenges faced by communities in transition, and eligible communities and municipalities can apply together or individually for grant funding based on their specific economic development opportunities. Applicants do not require matching funds from municipalities.

“Residents in our communities have concerns about the transition away from coal. They also have ideas on how we can mitigate the impacts on workers and diversify our economy to create new employment opportunities for affected workers. We are working to address those concerns and support their ideas. This funding means we can make those ideas a reality in various economic sectors of opportunity. We accomplish more when we work together, and when it comes to creating new local economic opportunities during this transition, local people know best.”

Intake for the Coal Community Transition Fund is now open and will run until Nov. 30, 2017. Details, including eligibility criteria and how to apply, can be found here.

The first project to receive support through the fund was the Town of Hanna’s Community Action to Create Diversification project.

The Coal Community Transition Fund represents one of a number of measures the Government of Alberta is taking to support coal communities and workers. The province remains in contact with the federal government for additional support.

Minister Bilous met with coal communities the last week of August to hear directly from affected workers. In addition, the government is expecting the report from the Advisory Panel on Coal Communities sometime in the fall, which will provide further recommendations to support coal communities and workers.

Canada is one of many countries moving towards natural gas and renewables – while moving away from coal-powered electricity.

In 2012, the Harper government approved regulations to end coal-powered electrical generation at Battle River and Sundance in 2019, at Keephills in 2029, and at Sheerness starting in 2036.

In 2014, the Harper government introduced regulations that would have prevented all Alberta coal plants from converting to natural gas.

The Trudeau government has since shortened Canada’s coal phase-out deadline to Dec. 31, 2029.

The Alberta government is working to ensure coal communities continue to power our province, by securing exemptions from the Trudeau government that will allow coal plants to continue operating past federally mandated end-dates by converting to natural gas.

This lines up closely with the Alberta government’s Climate Leadership Plan, which will create 7,000 jobs by phasing out coal and transitioning to renewable and natural gas-generated electricity by 2030.

The province also commissioned a coal transition report from world-renowned energy expert Terry Boston. He has worked on complex energy issues for decades on four continents. Boston oversaw the successful transition off coal for one of the world’s largest electricity grids.

Based on his recommendations, the Alberta government reached agreements last fall that ensure power companies:

Recognizing that both communities and workers will be affected during the transition – even with construction and operating jobs in natural gas conversion – the province also appointed an Advisory Panel on Coal Communities.

The panel will provide recommendations to support retraining and other opportunities for workers – and to support regional economic development.

The government will share the panel’s feedback when the panel completes its report this fall.