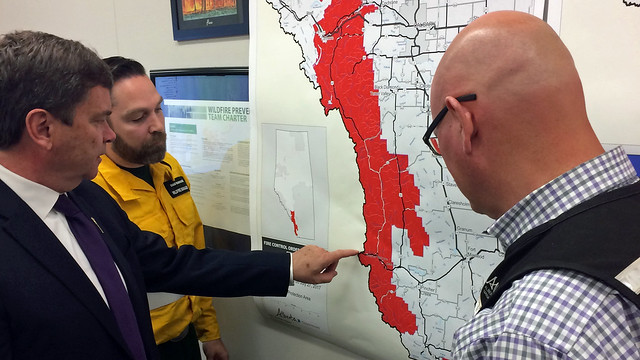 In addition to the fire bans that are already in place, OHVs will also be restricted on public lands in the Forest Protection Area south of the Red Deer River along the mountains and foothills to the northern boundary of Waterton Lakes National Park.

“We are closely monitoring the situation as the fire hazard is reaching extreme levels throughout the forest in Southern Alberta. Any fire that starts could spread out of control in a very short time, that’s why we are taking additional steps to reduce the chance of any human caused fires starting.”

The weather in the region has been hot and dry and the fire conditions have reached extreme levels. Extended hot, dry weather is forecast well into next week.

Alberta currently has   689 firefighters, 69 helicopters, 40 pieces of heavy equipment and 18 airtankers available across the province. An additional 200 are deployed in British Columbia. Those resources are available if required.

“Alberta’s Emergency Management Agency stands ready to respond and continues to closely monitor wildfire conditions across the province as well as within BC. As Albertans know all too well, disasters and emergencies can strike at any time. That’s why I encourage all Albertans to download the Alberta Emergency Alert app so they know what’s happening in their area and the actions they need to take to protect themselves and their families.”

Currently, no fires are permitted during the fire ban, including campfires in campgrounds, until further notice.

Gas or propane stoves/barbecues and portable propane fire pits are allowed during the ban.

All fire permits are suspended and no new permits will be issued in the fire ban areas. The use of fireworks and exploding targets is also prohibited.

Albertans found to be violating the fire ban could be issued a $287 ticket.

Other jurisdictions, including municipalities and provincial parks, may also issue fire restrictions or bans. Please check albertafirebans.ca for detailed information.