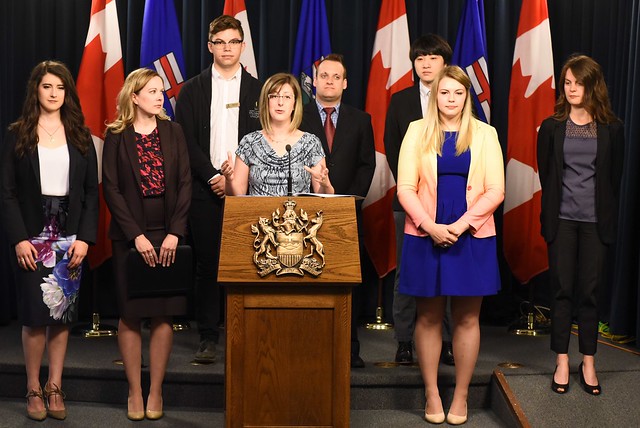 Status of Women has been working across Alberta to increase the number of women running for office in the Oct. 16 municipal elections. The deadline for people to declare their candidacy is Sept. 18.

So far, there are already more women signed up to run for Edmonton and Calgary city council than ran in 2013. Women currently hold about one-quarter of all elected municipal seats in Alberta, though they make up half of Alberta’s population. Nearly one-quarter of Alberta’s towns and cities do not have one woman on their council.

“We know women need to be asked over and over before they decide to run for office. Today, I am asking women again to consider running for office. Our city halls need your voices and perspectives. We know when women run, they win as often as men – and they bring new ideas that benefit all Albertans. There’s still time.”

Minister McLean will host a live webcast on Monday, June 26. It will be the last Ready for Her panel that encourages women to run and will allow viewers to ask questions about their own campaigns. Visit ReadyForHer.Alberta.ca for event details and for later viewing of the video.

Minister McLean has been encouraging women’s democratic leadership through the Ready for Her campaign and online guide at ReadyForHer.Alberta.ca.

The guide includes information on the nomination process, campaign fundraising, team roles and responsibilities, as well as how-to videos posted on YouTube by female politicians.