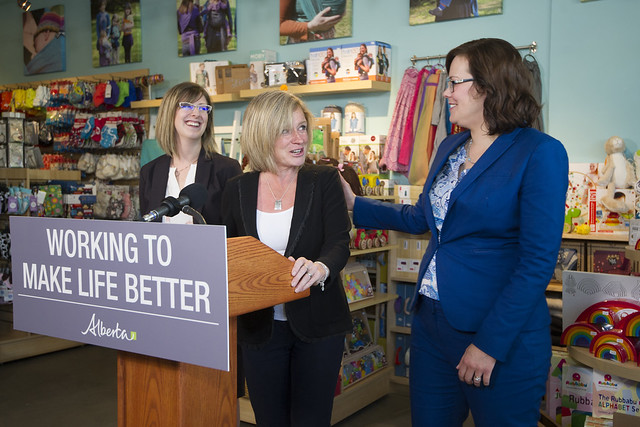 In 2016, Alberta welcomed 55,594 babies into the world, coming close to 2015’s record-breaking 56,529 births. Emma, Sophia and Ava top the list for girls, while Liam, Benjamin and Lucas remain popular choices for Alberta boys.

“Congratulations to all the new parents! Alberta is in the midst of a baby boom and that’s why our work is so important – work to make life better for families, creating new, affordable child-care spaces, lowering school fees and investing in education; all to give our kids the best start in life. Welcome to all our new little Albertans! A bright future awaits you in our province.”

Albertans can look up more than 95,000 names for free in the Alberta Baby Names App. The links to download the app for Android and Apple devices are available at Open.Alberta.ca.

The baby names statistics are recorded by the Vital Statistics branch of Service Alberta and are based on the registration and notice of birth information. A complete list of names is available at Service Alberta.ca as well as on the Open Government Portal.

(In brackets is number of children with each name)

(In brackets is number of children with each name)